Attached are some pictures we just received of the kids that recently came second in the All Ireland Community Games Under 10 4x100m mixed relay.

The team members were Eimear Gibson, Dylan Casey, Ella King, Killian Keogh, Daniel Magner, and Roisin Quigley.  The team narrowly lost out to Meath in a very exciting Final last August, that saw both teams go head to head for the whole 400 metres out in lines 7 and 8.

The Clontarf team were like a well tuned machine, passing the baton like pros throughout the weekend.  This achievement will hopefully give them a taste for success and you never know one of them might be the next athletic superstar like Usain Bolt, they are practicing the lightning bolt already!

This is only the second year of Clontarf’s participation in the Community Games since the resurrection in early 2012 and it was great to be involved in the National Finals. Clontarf also competed in swimming, Gaelic, tennis, soccer, quiz, cross country at county and provincial level with great success, the committee would like to thank all the children and coaches that participated and we look forward to a large participation in 2014. 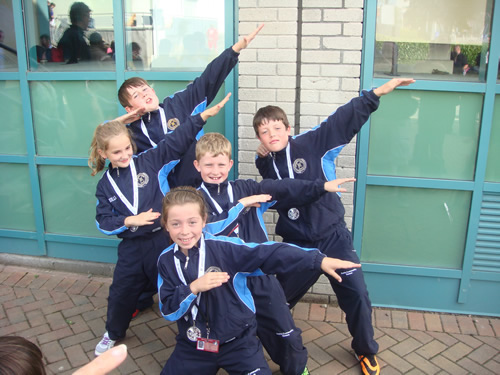 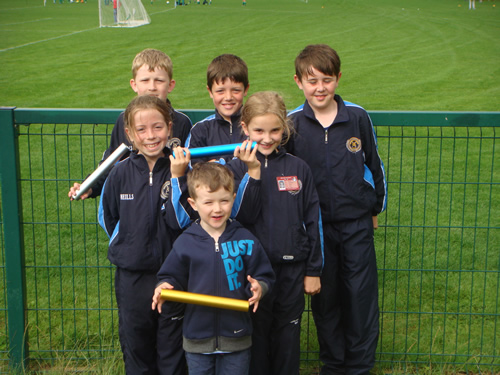