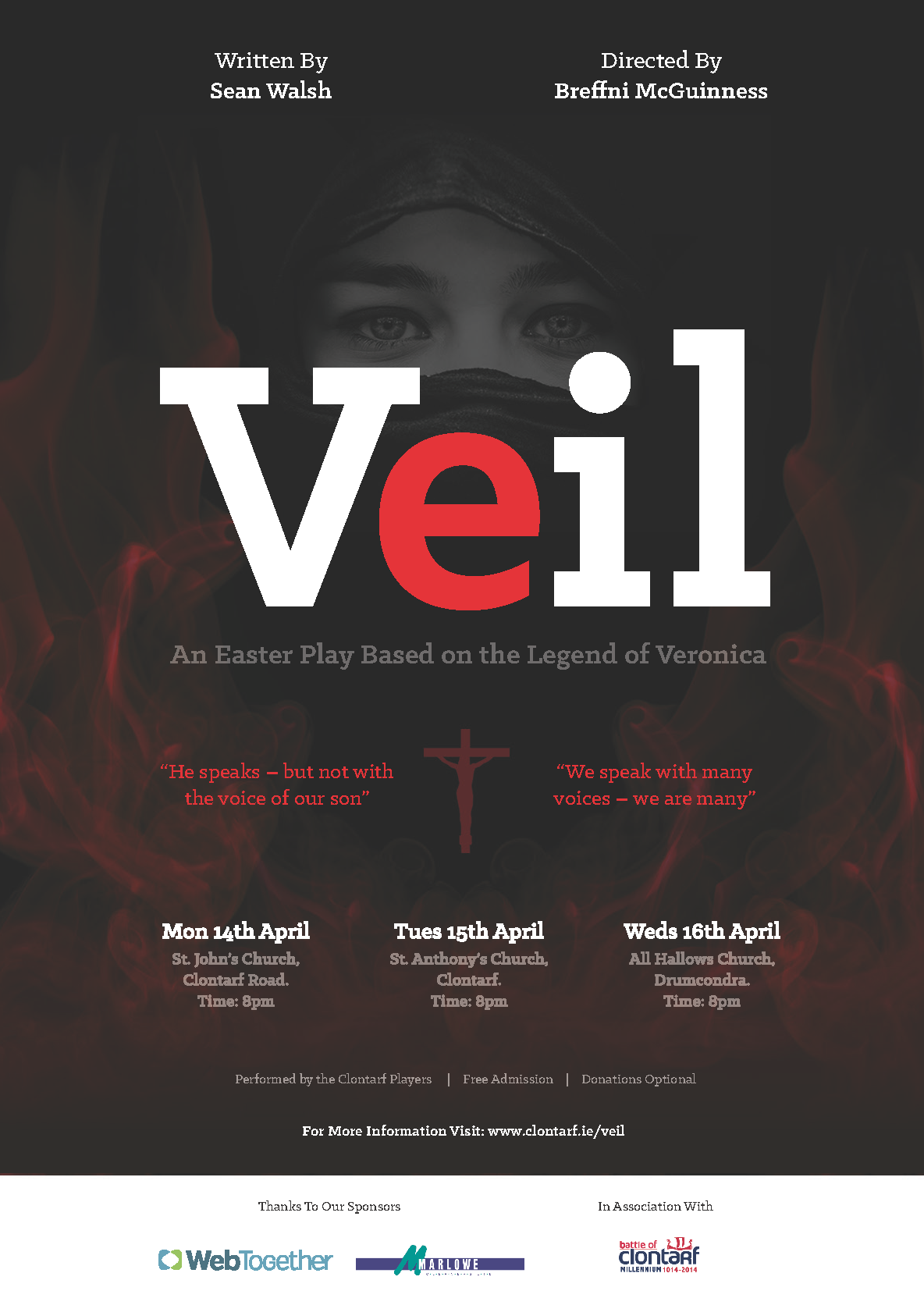 We are pleased to announce the launch of a new play by the Clontarf Players to celebrate the Battle of Clontarf. This year's play, "Veil" is again written by Sean Walsh and directed by Breffni McGuinness.

At a high level the play represents the ultimate battle - the battle between good and evil. It brings to mind the oft-quoted:

“The only thing necessary for the triumph of evil is that good men should do nothing.”

Then a ray of hope: Veronica, the daughter, gets wind of a prophet from the North who has come to Jerusalem - a man of prayer and penance, a preacher, healer, worker of miracles... One Jesus of Nazareth.

If she can only reach him, tell him of their plight, then maybe... maybe..? The drama, then, enacted against the backdrop of the first Holy Thursday, Good Friday.

- There is someone - something - in there but it not our son!

- He speaks - but not with the voice of our son.

Admission is FREE. Donations are optional.

Cast (in order of appearance)

The play will run over three nights in the run up to Easter:

The Clontarf Players would like to thank our generous sponsors: