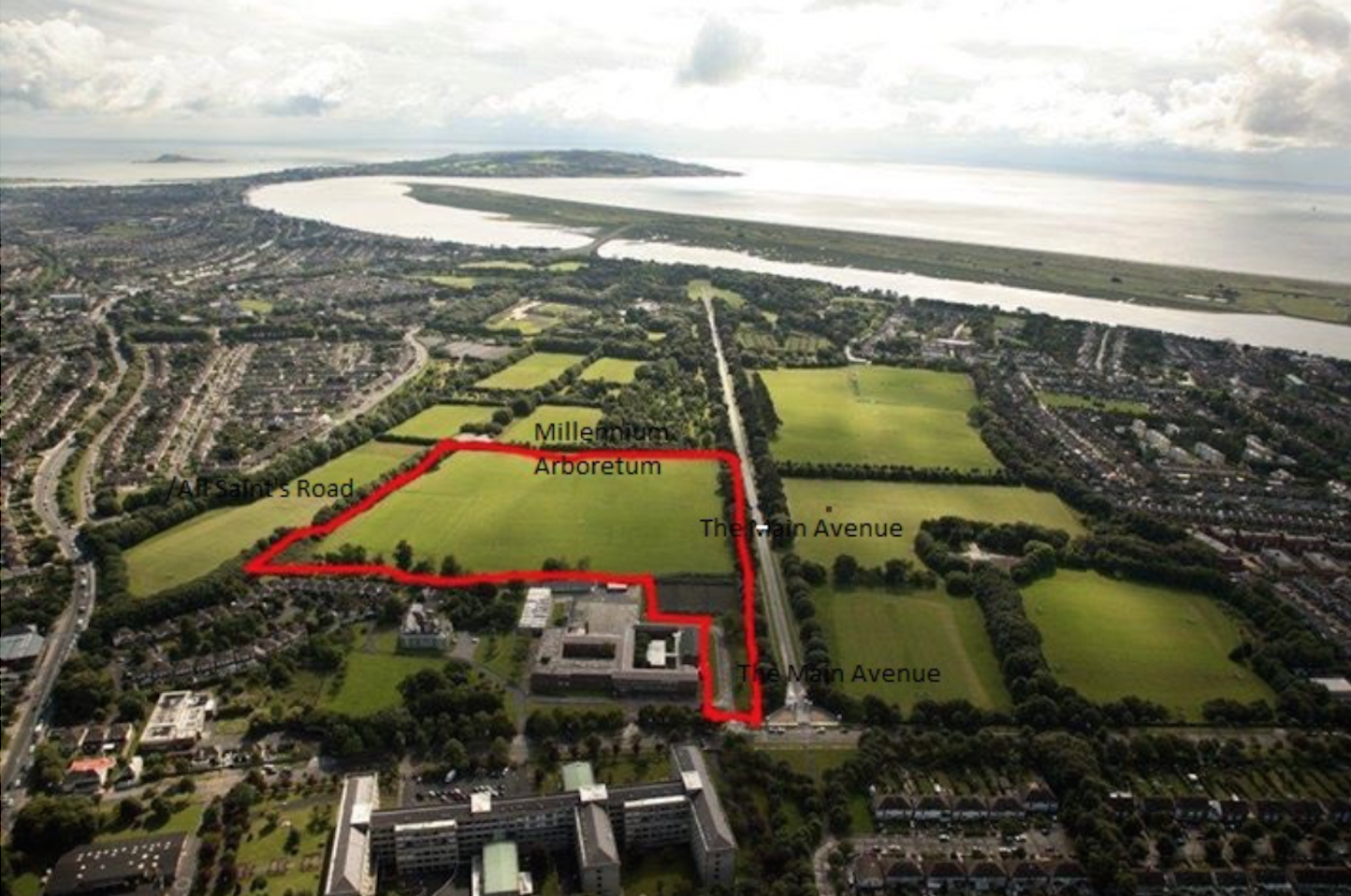 The following is an update from the 'I Love St Annes' group who have been campaigning against residential developments in St. Anne's/ St. Paul's playing field. The group have put in a huge amount of work over the last year and have been very well supported by the wider community.

On the 10th of October, three weeks after the deadline for submission of public objections and one month before a decision was due from the Planners at Dublin City Council, Crakav Landbank Investments unexpectedly withdrew their planning application for 86 houses and 270 apartments on the 15 acres of St. Paul’s playing fields in St. Anne’s.

No reason was given for the withdrawal beyond a brief letter from the Developer to Dublin City Council stating that they have taken the decision to withdraw the application to enable them “carry out more extensive investigations in relation to the site.”

It is highly likely that Crekav will submit a revised application next year, as reported today in the Irish Times (Barry O’Halloran, Business section 13/10/16).

Anyone who has been following this issue will be aware that Crekav submitted their first application for St. Paul’s in September 2015.  When all 220 objections were in and uploaded to the Dublin City Council website for public viewing, it was discovered that the planning application had been made in the name of a non-existent company (the company name was not registered with the Company’s Registration Office).  This led to the automatic rejection of the application, Crekav apologized for their mistake.

They quickly submitted another application in the correct name and the public were obliged to re-submit their objections, which Crekav had already had time to review and consider due to the original clerical error on the company name.

269 objections were lodged in February 2016 to this re-submitted application.

Because of the range of issues and concerns raised by members of the public in their objections, Dublin City Council issued Crekav with a Request for Further Information.  Crekav’s response to this RFI was to submit significantly altered plans; while the number of units were reduced by only 6% substantial changes had been made across the site and a local solicitor challenged Dublin City Council’s decision to allow this as a response to an RFI rather than requiring the developer to submit an entirely new application.

The public once again had an opportunity to comment on this new information. 159 people lodged objections to the RFI, amid much confusion as to what this new objection should entail and whether or not previous objections would still count.

On the date of its withdrawal, a total of 648 objections had been lodged to this application over the course of 12 months.

While this issue is of major concern to resident’s of Clontarf, not least because of the loss of playing facilities for juvenile teams, it should be noted that objectors have come from across the city and represent all those who use and love St. Anne’s park.

The volume of objections, while quite remarkable, does not include the 5000 plus online signatures from across the country and around the world.

To conclude, we do not know why this application was withdrawn at this time.

We believe that among the hundreds of objections and observations submitted, including one from the Department of Arts, Heritage, Regional, Rural and Gaeltacht Affairs, there were several strong grounds for refusing this application outright.  Crekav may have wanted to avoid an embarrassing refusal which would not sit well with their overseas investors or which would not be to their advantage in the event of an appeal to An Bord Pleanala.   All we can do now is wait and see what happens next.