The I Love St Annes group have been in touch with us with further information on the development of the playing field at St. Paul’s/ St. Anne’s. A number of observations were lodged in January 2013, following the original planning request being declared invalid by DCC. For background information please see an article we posted on the subject in January here.

Crekav Landbank Investments have come back to Dublin City Council with their response to the 8 pages of questions they were issued with by DCC last February.  Anyone who objected in January should already have received a letter from DCC telling them that this has happened.  While the reduction in the number of units is not significant, the changes made by the developer are so significant that the Council has made them put new plans out for public consultation which gives everyone another chance to lodge an observation.

The initial plans from Crekav would have seen 381 housing units of various types and sizes on the site.  Revised plans submitted to DCC show that this has been reduced by 25 units to 356, a 6.6% reduction on the original.  The plans would now see 86 houses and 270 apartments built on the St. Paul’s playing fields.  A number of other alterations to the plans have also been made, including moving the proposed apartment blocks closer to Harmonstown DART, to be within 500 meters of the station.

The deadline for objections is 4.30pm on Monday September 19th 2016.  Anyone who has objected before will not need to pay a fee to object again.  All they need to do is write or email the Council with their new objection, attaching a copy of the Council’s acknowledgement of their previous objection.  Anyone who did not object before now has an opportunity to do so.  The Planning Reference is 4185/15. 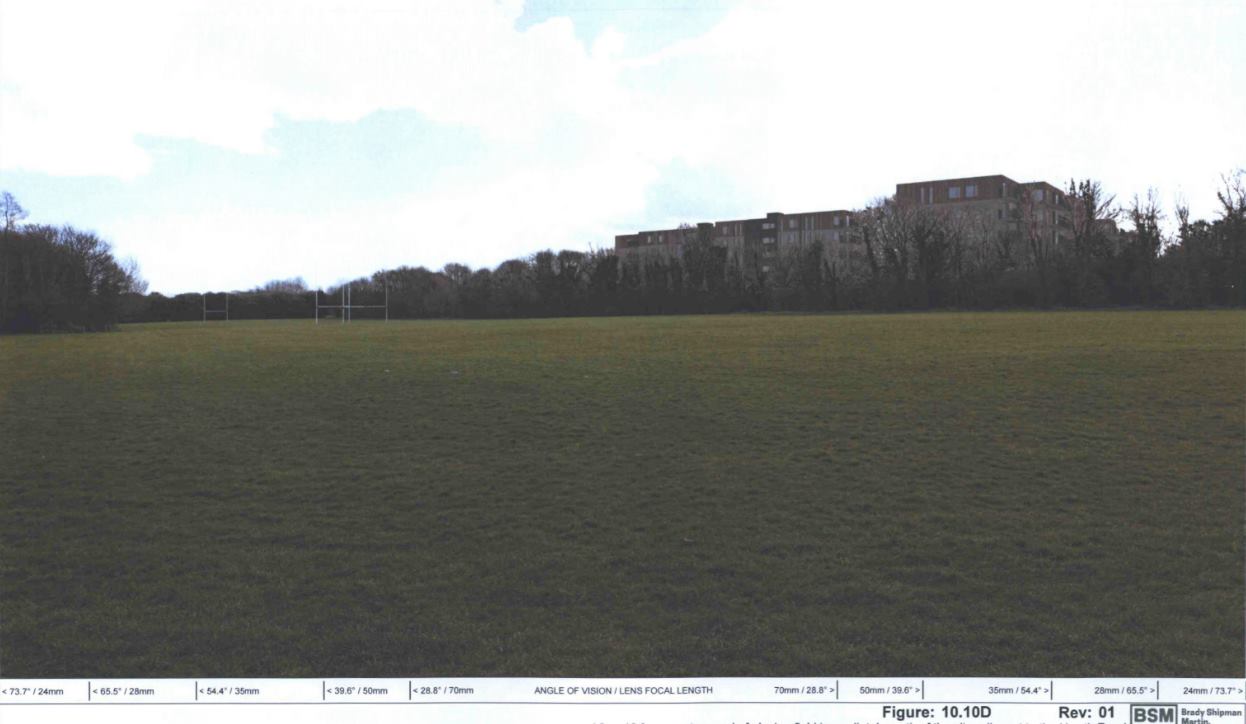 1. Photo montage prepared by the developer of a corner of the All Saints Road side of the proposed site.  This view is from inside St. Anne’s, and shows the proposed apartment development as viewed from  the rugby and soccer pitches at All Saints Road

2. The area of St. Annes in question outlines in red