Tickets Selling Fast for Clontarf versus the Barbarian 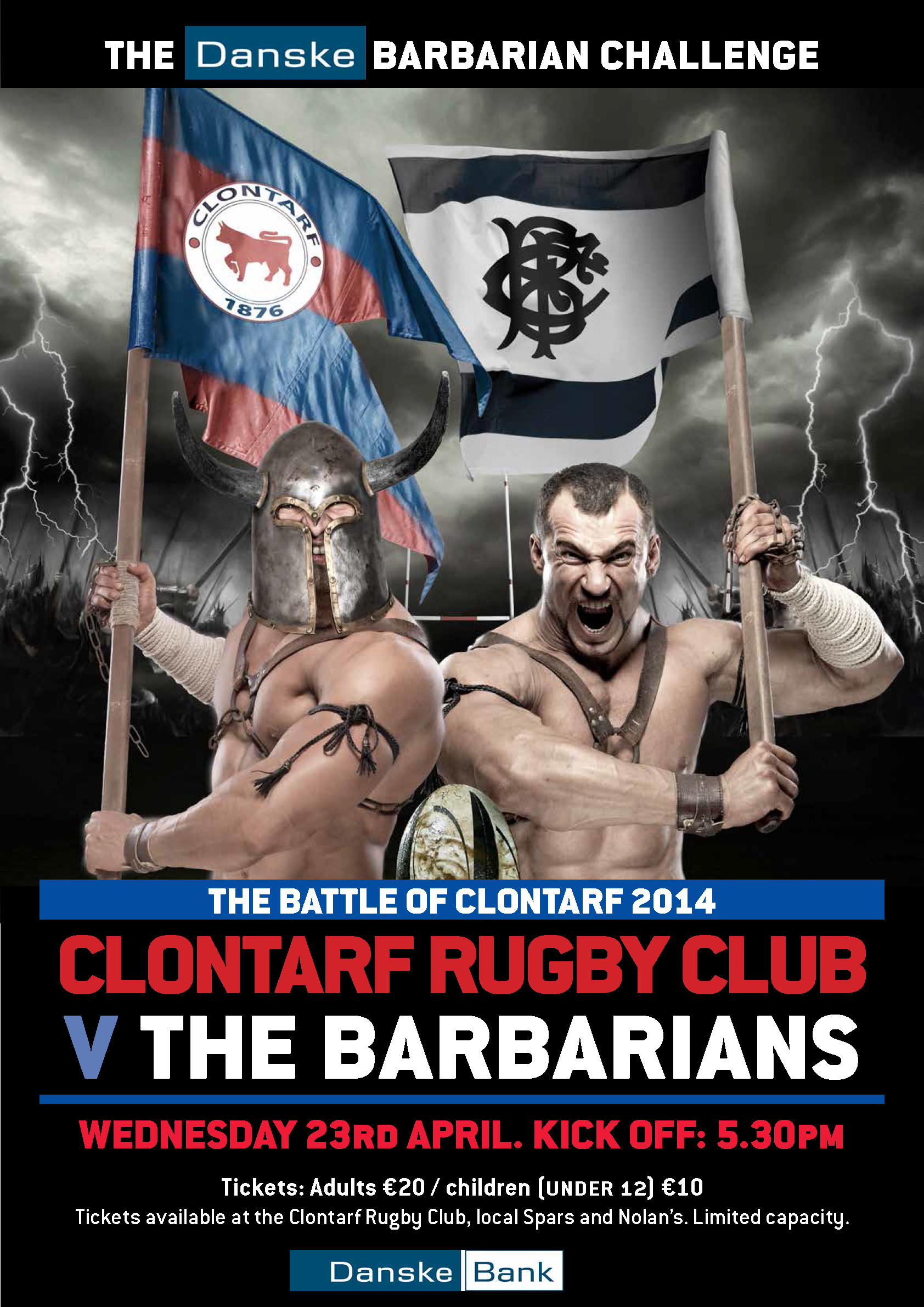 On the 23rd of April Clontarf will take on the world famous Barbarians RFC in Castle Avenue with a 5.30pm kick-off. Tickets, priced at €20 are selling fast for what is set to be a very memorable occasion for the club as well as the local and wider community.

The "Dankse Bank Challenge" will see the two sides meet 1000 years to the day of the original battle which saw Brian Boru and his men take on Viking mercenaries. Brian and his men won the battle, but he himself was killed in his tent by a fleeing Viking.

The Barbarians have appointed Welsh Grand Slam winning coach Mike Ruddock to take charge of the invitational side. Ruddock is also the current coach of the Ireland U-20s and Lansdowne RFC, as well as father to Leinster and Ireland flanker Rhys.

The Barbarians are in the process of finalising their squad at present, but it is expected that they will bring a diverse pool of talent from around the world.

The game forms a part of week-long celebrations in the Clontarf area and those interested are advised to pick up tickets soon as there is limited capacity in Castle Avenue.

Tickets, priced at €20 can be purchased from the following outlets: