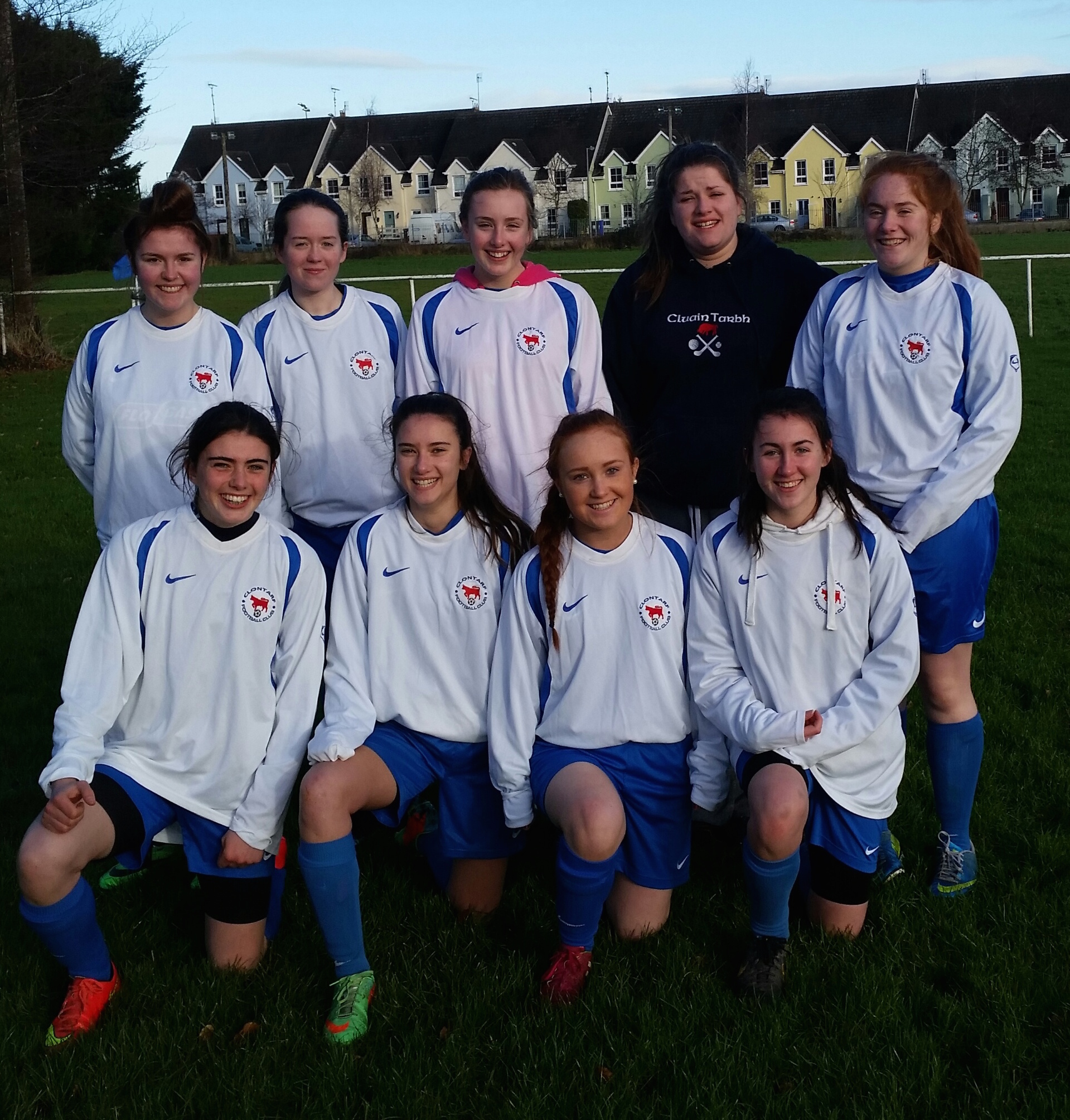 This is loveclontarf.ie's second instalment of the progress of The Blue Nuns. The Blue Nuns are Clontarf’s only local representative girls team playing competitive soccer at any level.

After 4 winning away games on the run, the Nuns returned back home to their Monastery at St. Paul’s to take on the league leaders Leicester Celtic from Ballinteer in an unmissable table topper. This was certainly not a boring nil all draw and great entertainment for the hardy supporters. With a couple of injuries depriving the Nuns of some key players the girls played admirably with a mere 11 players (no subs) and we feared the worst with a biting Arctic wind for good company. Captain for the day and blues central striker Aoibhe Bell deputising for Sarah Fagan wisely elected to play against the strong wind in the first half. For the early exchanges the girls defended for their lives as a vastly improved Leicester, who were busy in the transfer market over the summer, laid siege to our goal.  For that passage of play our defence of Heather Bolger, Aoife Toal, Evelyn Twomey and Hannah Lyons stood tall and tackled tirelessly as the 2 dangerous Leicester wingers caught fire. In goal behind them the ever dependable Laura Brennan made a succession of impressive saves and quick movement off her line kept the opposition scoreless. It’s no accident that the Nuns have the best defensive record in the league, conceding only 3 league goals all year.

Leicester almost took the lead when a wicked corner left was not dealt with and from the scramble that ensued the ball ended up in our net only for the goal to be disallowed for offside, a narrow escape. As the game wore on though the Nuns started to settle into the game and playing some great ground football against the wind to maintain possession. Our two tough central midfielders Tara Beary and Lucy Barrett started to impose their will on the game while the two wide midfielders Hannah Walshe and Sarah Farrelly worked the wings to great effect and spread the play wide for the rest of the first half. The Leicester defence struggled to deal with Sarah at times perhaps bedazzled by her new luminous green boots and on the half hour Sarah created our best chance of the first half when she ran 40 yards to beat 3 players and set up Aoibhe from 10 yards whose well struck shot was brilliantly saved by Leicester’s world class keeper.  Our other striker Aisleen O Neill played very well closing down and space in front of their defence and creating chances for Aoibhe and Lucy.

At half time and the game deadlocked and the girls in great form, with the wind in our backs now, we sensed that the momentum was about to shift in the girls favour. Our defence now looked really solid and some bone crunching tackles from all 4 defenders to frustrate the dangerous Leicester attack could be heard in The Sheds. The Mother Superior Hannah Lyons at the back was bellowing out the orders to intimidating effect – no PA system required here. Chances came along midway through the second half when after a great long ball from Hannah Lyons putting Hannah Walshe in the clear, the Leicester keeper made a great save. Then Aoibhe dunked a delicate ball over the top to put through Lucy who was denied again by the keeper who got down very low and turn the ball around the post. Leicester were always dangerous and created their best chance of the game after some swift passing but an unbelievable double save from Laura Brennan from point blank range denied them the lead.

Back came the Nuns again with another counter attack and after some neat interplay between Aoibhe, Lucy and Aisleen on the left, Sarah Farrelly wrestled the ball from their defenders and closed in on goal to hit a great low shot, again to be denied by a Gordon Banks like save – you sensed not our day.  Best chance of the game came in the last 5 minutes when Lucy tore another hole in the heart of the Leicester defence to end up one on one with their keeper who closed the angle well and forced Lucy to strike early as the ball whistled inches over the bar.

For the remaining few minutes our defence stood resolute and Heather, Aoife and Evelyn took no prisoners and won every tackle. At the end of the game both sets of girls nearly fell over with exhaustion after an epic battle. With so many missing today the Nuns would have settled for the draw before the game but in the end were unlucky not to grab all 3 points, just denied by an excellent goalkeeper who gave an inspired display.

The result now leaves the Nuns in second place, 3 points behind Leicester, crucially with a game in hand to come on Sunday (14th December) at home in St Paul’s again to St John Bosco. Hopefully will see the return of some players and all local supporters welcome for a 12.30 kickoff. Man of the Match today was difficult to call with very credible performances from all the Nuns all over the pitch who worked like Carmelites all afternoon,  but the judges deemed that MOTM was a joint affair this week with two inspired performances from Lucy Barrett and Sarah Farrelly. Well done to all the girls, a great game and a very good result in the circumstances. Keep it going now next weekend.