The Agony and the Ecstasy of Steve Jobs on now 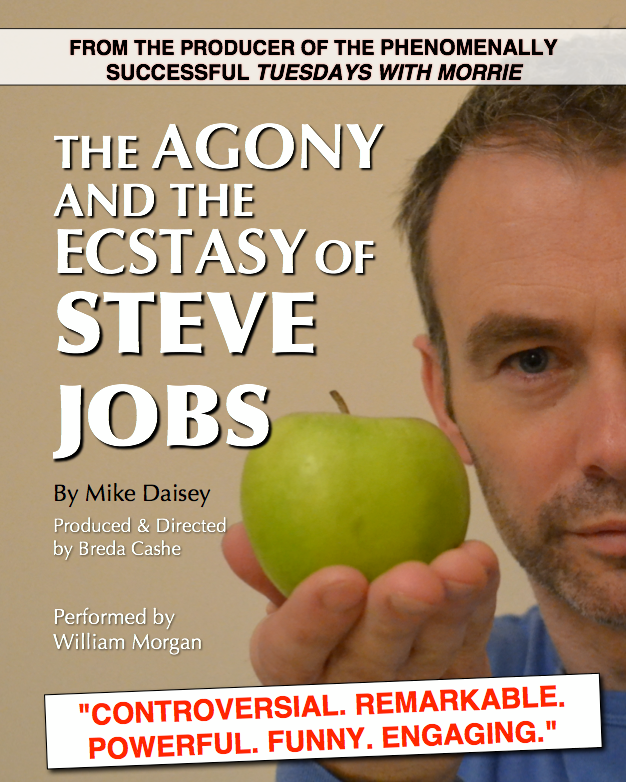 'The Agony and the Ecstasy of Steve Jobs' is running this week in the Viking Theatre!

Written by Mike Daisey, produced and directed by Breda Cashe and performed by William Morgan, 'The Agony and the Ecstasy of Steve Jobs' is a controversial and thought-provoking piece of drama.

"Remembering that you are going to die is the best way I know to avoid the trap of thinking you have something to lose. You are already naked" - Steve Jobs

Mike Daisey is a self-professed worshiper in the ‘cult of Mac'. He tells us of the humble beginnings of Apple and its raise to global dominance under Steve Job’s leadership.

While playfully paying homage to Jobs, Daisey shines a bright light on how the beloved Mac products are made and examines the human cost of our casual purchases.

The show will be running until Saturday, April 27th. All shows begin at 8pm sharp.