St. Paul's College of Raheny has had a good history of participation in the F1™ in Schools Technology Challenge and so it has continued this tradition with a new team that has qualified to participate in the National competition of 2013 made up of a cohort of Transition Year students - Team Electra.

The competition is currently in its 6th year in Ireland and is run under the guidance of the Irish Computer Society in partnership with Discover Science and Engineering and is based on the team designing, manufacturing and racing miniature compressed air-powered racing cars like a real Formula One™ team of today.

Each team needs a good deal of technology, research and skill to design and build their car, as well properly promoting, marketing and organising their team.

Team Electra was one of 25 teams who qualified to participate in the National Finals out of 94 teams who made it to the Regional stage, where all the teams first showcased their work in the competition.

Michael acted as Team Manager, Harry is the teams Lead Graphic Designer, Conor is the teams Promotional Manager, Thomas Casey is Resources Manager and Eoin, Brian and Robert, all technical graphics students, have very important roles - ensuring the team has a finished car to race at the finals.

The team will be judged on all aspects of the competition, including the success of their car as they race against other schools, in the regional finals on April 30th and hopefully the team can press on and take the title as National Champions!

Visit www.f1inschools.ie for more information on the challenge.

Team Electra are pictured below. 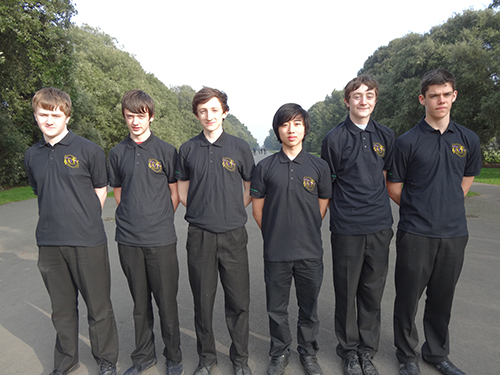 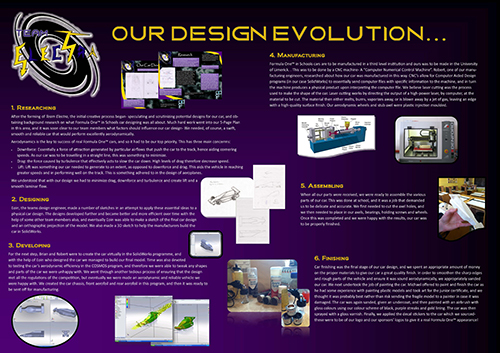