St. Paul’s College of Raheny has had a good history of participation in the F1™ in Schools Technology Challenge and has continued this tradition with a new team that qualified to participate in the National competition of 2013 made up of a number of Transition Year students - Team Electra.

The competition is run under the guidance of the Irish Computer Society in partnership with Discover Science and Engineering and is based on the teams designing, manufacturing and racing miniature compressed air-powered racing cars like a real Formula One™ team of today.

As such, not only must they use a good deal of technology, research and skill to design and build their cars, but they must also properly promote, market and organize their team.

Team Electra was one of the 25 teams across the country who qualified to participate in the National Finals out of 94 teams who made it to the Regional stage, where all the teams first showcased their work in the competition.

The National Finals were held in Griffith College on the April 30th where the teams were judged on their verbal presentations, their pit-display, their teamwork and of course, their car!

All of the teams’ car designs were unique and featured various features in an attempt to make the cars as fast as possible on a straight-line track. Team Electra’s design in particular featured a dual-winged front aerofoil that allowed air to efficiently pass over the wheels while maintaining lift.

It featured a streamline, slender chassis and unique air canister slope, and its rear wing system featured thin and straight-angled side wings at a lower elevation. It also incorporated a very efficient and high-speed wheel system.

The vehicles are raced along a 20 meter track at very high speeds and the cars are powered with CO2 gas canisters.

Team Electra managed to achieve an excellent time of 1.109 seconds to cover the distance and in also breaking no critical regulations of the competition they were awarded Fastest Car!

The team was delighted with the result and although they did not achieve 1st place to join international teams in Austin Texas, the team all thoroughly enjoyed the experience and learned so many things throughout.

The team would like to sincerely thank Ms. O’Hanlon, their teacher who actively helped the team throughout the competition and all of the team’s sponsors and supporters.

They would also like to thank and congratulate Infinity from the college who also performed very well in the competition. 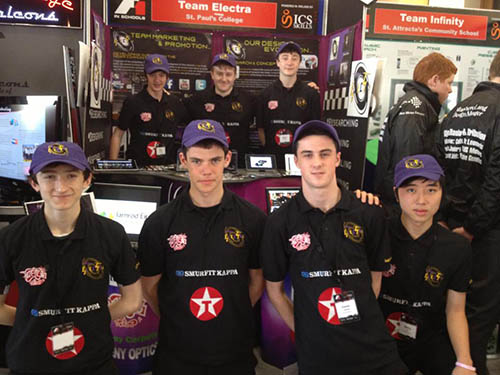 Team Electra pictured above at the National Finals 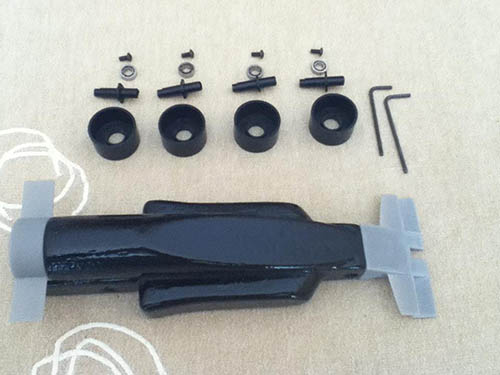 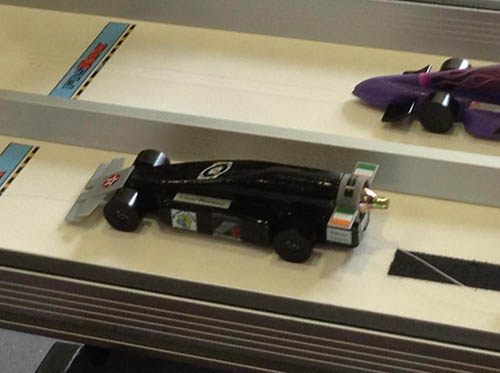 Team Electra's entry for the F1 in Schools' Technology Challenge