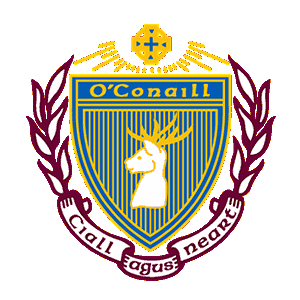 Scoil Uí Chonaill is delighted to announce that Enda Kenny T.D. will preside over the official opening of their new Dressing Room and state-of-the-art Gym facilities tomorrow, 25th April 2017 at 5 pm.

The club has gone from strength to strength over the last number of years and put themselves on the map by hosting RTE's Celebrity Bainisteoir in 2012, and their highly successful Strictly Scoil event in the RDS last year.

Read the full press release from the Club, including a quote from an Taoiseach himself below;

Members of one of Dublin’s most established GAA clubs are preparing to welcome the visit of the Taoiseach, Enda Kenny, T.D., to their Club on 25 April 2017. Mr Kenny will arrive at 5 pm, with the official ribbon-cutting taking place shortly after, to be followed by an opportunity for the members to meet and greet Mr Kenny and a number of other dignitaries.

The Scoil Uí Chonaill GAA Club calendar has been a busy one over the last number of years as the Club is enjoying a rejuvenation which has seen it make a resurgence to the top of the Dublin GAA scene, both on and off the pitch.

The Club, which fields three Men’s Adult Football teams in Senior and Junior, two Adult Hurling in Intermediate and Junior and two Adult Ladies Football teams, as well as numerous Juvenile Football, Hurling and Camogie teams, has invested in a state-of-the-art dressing room and gym facilities to harness its growing talent and which the Taoiseach – in his capacity as Chair of the Ministerial Taskforce for the Dublin North East Inner City Initiative – will cut the ribbon on at the Official Opening at 5pm on April 25th.

On 20 July, 2016, the Taoiseach, Enda Kenny T.D., launched the Government’s North East Inner City Initiative, which is to support the long-term economic and social regeneration of the area. Mr Kenny’s attendance at Scoil’s Opening marks the Club’s commitment to the development of games in the North East Inner City, as Scoil Uí Chonaill co-funds a GAA Games Promotion Officer (GPO), with the Dublin GAA County Board, covering five DEIS (Delivering Equality of Opportunity in Schools) Schools in the area.

“It is with great pleasure that I will join Scoil Uí Chonaill in celebrating the opening their new facilities at Clontarf Road. This is a hugely important step, not only for the Club itself, but for the communities which it serves; from the North East Inner City, to Clontarf and far beyond as this tightknit Club’s membership spans the City. It is not only an important reflection of the stellar work its members are doing in developing the Club, but also just rewards for its players’ recent successes on the pitch” said the Taoiseach. Mr Kenny will also be able to take the opportunity to see some of the young players in action as O’Connell Primary and St. Laurence O’Tooles, two of the DEIS schools with which Scoil works, will be facing off in an exhibition game in the Club Grounds to coincide with the visit.

Scoil Uí Chonaill GAA Club was founded in 1950 by the Principal of O’Connell Primary and Secondary Schools, North Richmond Street, Dublin 1; two of the largest Schools in the catchment area of Dublin’s North East Inner City. The Club retains its strong bonds with the Schools as they share grounds, facilities, colours and crest, which features its iconic Stag emblem.

For more information on Scoil Uí Chonaill GAAm visit their website at www.scoilgaa.com.