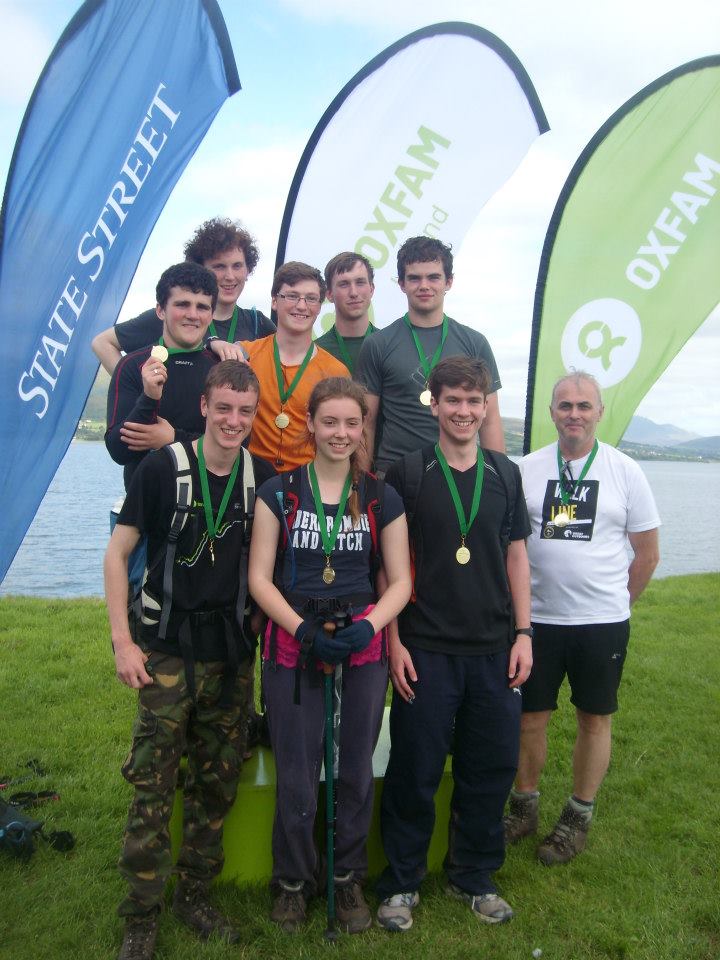 On the weekend of September 1st-2nd, eight of the Rover Scouts, all aged 18, took part in the Oxfam Trekker Challenge to complete a 100km walk from Newcastle, Co. Down to Carlingford, Co. Louth in under 36 hours.

They had two temas of four walkers supported by parents and other Scout leaders, as they walked through the night starting at 7am on September 1st and finishing 30 hours later in Carlingford. They found the terrain tough but very rewarding to cross the finish line with all of the eight team members, as many people don't get to finish the full course.

Each team also had to raise €2,000 for Oxfam Ireland which they achieved through fund-raising from friends and relations, as well as a table quiz and cake sales.

Of the eight who walked the course, seven of them had just completed their Leaving Certificate recently, one of them being Michael Suttle who featured on loveclontarf.ie recently after receiving the maximum 625 points in his exams. Five of them also had their debs taking place two days after the walk.

A huge congratulations and well done to everyone involved!