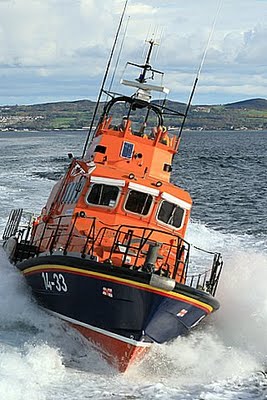 Figures have shown that RNLI lifeboats in Ireland brought over 1,000 people to safety in 2012.

The figures are being released by the charity following returns of service from all 44 lifeboat stations in Ireland.

RNLI Operations Manager for Ireland, Martyn Smith, says: ‘The figures show that our volunteers dedicate a huge amount of their time to saving lives at sea. To know that they are on call every day of the year is reassuring for all of us who venture out to sea and on loughs around Ireland.

'While many callouts can be challenging, our volunteer lifeboat crews take the responsibility of bringing loved ones home very seriously. I would like to say a huge “thank you” to all those who support the RNLI, whether by giving up their time or by making a donation.’

The RNLI charity saves lives at sea. Its volunteers provide a 24-hour search and rescue service around the United Kingdom and Republic of Ireland coasts and they operate over 44 lifeboat stations in Ireland.

The RNLI is independent of the Coast Guard and government and depends on voluntary donations and legacies to maintain its rescue service. Since it was founded in 1824, its lifeboat crews and lifeguards have saved over 140,000 lives.

The charity number for the RNLI in the ROI is CHY 2678 for anyone wishing to make a donation.

For more information on the RNLI please visit www.rnli.org.