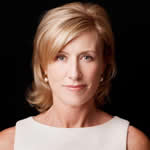 Moya Doherty, the Producer of Riverdance and the new Heartbeats of Home musical, is to be the guest speaker at the Manor House Gathering in Sutton on Thursday 10th October.   The event, which is being held to connect and reconnect former pupils, parents and anyone else associated with Manor House school in Raheny, plans to raise funds for the Irish Hospice Foundation (IHF).

Tickets for the event, to be held the Marine Hotel, at a modest price of €12 each to cover the wine/beer and nibbles reception, go on sale today Tuesday 10th.  The organising committee are expecting the event to be a sell out and are advising everyone to go online early and secure their tickets.

Moya Doherty is a past pupil of Manor House and three of the five members of the organising committee were school friends of hers.  One of those friends, Anne-Marie Taylor, is the original Project Manager for the Gathering and is responsible for project managing and co-ordinating a new book, ‘The Gathering: Reflections on Ireland’ which is to be launched in early October.

Moya is one of many celebrities who have contributed to the book and at the Manor House Gathering she will read a passage about her school days in Manor House.  There are four Manor House connections with the book – Moya, Anne-Marie and RTÉ’s Áine Lawlor, another of the book’s contributors. Declan Kiberd, brother of Marguerite Kiberd who was also in school with Anne-Marie, has written a piece from his new home in Notre Dame in the US.

The Manor House Gathering will be a casual evening commencing with registration at 7.30p.m. to 8.00p.m.   Those who attend can support the IHF by buying the book and/or supporting the raffle.

“The idea to hold a Manor House Gathering was sparked at a dinner with some old school friends back in April,” says Anne-Marie Taylor. “We worked on it over the Summer, asked for some feedback from former Manor House pupils on Facebook and got a tremendous response.  So we decided to go ahead and we’re thrilled that Moya has agreed to be our guest speaker. We’d really urge people to go online and secure their tickets as soon as possible.”

Tickets will be sold on a first-come, first-served basis.  To buy your ticket, go to Manor House Gathering, or visit the dedicated Facebook page.

You can also send an email to the organising committee asking about tickets or anything else to manorhousegathering@gmail.com

The Gathering: ‘Reflections on Ireland’ is to be officially launched in early October and you’re bound to hear lots about it in the media.  The book is being described as “a unique memento of this national celebration of Ireland, its people and our diaspora.”

This book is a beautiful collection of over 60 stories, reflections and photographs capturing an extraordinary time for Ireland. It is a high quality, full colour, hard-backed book of 256 pages, edited by accomplished journalist Miriam Donohoe and designed by celebrated designer, Steve Averill of AMP Visual, internationally acclaimed for his award winning work with U2.

For more details on the book, visit the Hospice Foundation.