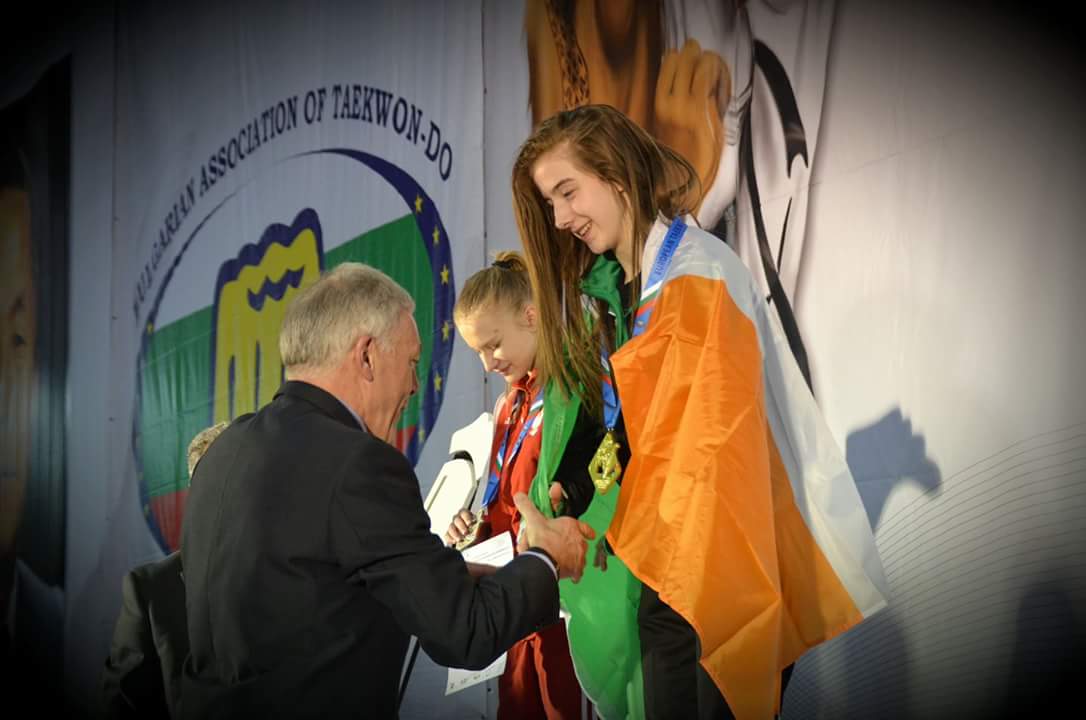 Rebecca Mooney is still European No.1!!!

last week was a fantastic one for Clontarf's Rebecca Mooney who became the first 45kg fighter in 23 years to successfully defend a European Taekwondo sparring title in this weight category. It has also been a great week for Irish Taekwon-do.

Rebecca didn't have it all her own way as she had to battle her way through every round to make the final. In fact, she had a very tough battle with Russia in the opening round and later in the semi-final with her Irish team mate Mikealla Moriarty.

With both sides of her nose plugged she then had to face Poland to retain her title. The two finalists had met on two previous outings with Rebecca coming out on top so the Polish competitor was determined for it not to be 3 in a row for Rebecca.

Despite Poland throwing everything at her it was Rebecca who got the tactics right and controlled the final from start to finish. At this level experience counts for so much and Rebecca took a unanimous win with all 4 umpires giving her the decision. It's been a strong division for Ireland over recent years and this time all 3 Irish girls in the division made the podium which is very difficult to achieve. With the win comes securing her place for the World Championships to be held in Ireland for the first time in October this year.

On top of all this Rebecca celebrated her 17th birthday in Bulgaria and will return to Ireland once again as European Number 1. Rebecca also led the junior female team to a hard earned bronze medal in team sparring.

The double medal winner will take a break from training now before a focus on preparation for what promises to be a spectacular event on home soil in October. Congratulations Rebecca on a job well done and to the other Irish girls Mikealla Moriarty and Alice Larkin who took bronze.