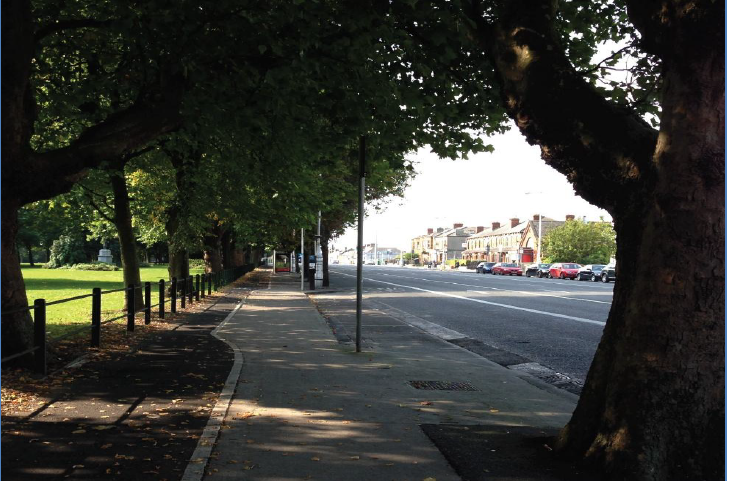 Clontarf Residents' Association would like to bring to your attention, a number of matters discussed at a public meeting, held on 14th July in Smyth's Pub, Fairview. A proposal is being put forward by the Traffic Dept., to put in a new cycle line, which will result in the removal of 55 mature trees on the park side, as well as the removal of Fairview footbridge.

The meeting was told that this, as yet, is only a proposal. So far, two plans from the Traffic Dept. have been sent back by councillors, as on both occasions they had recommended the removal of Fairview footbridge.

The councillors had only heard of this plan in early June, so it is only at a pre-consultation stage. Joe McCabe, who attended the meeting on behalf of the Clontarf Residents' Association, voiced concern over the school children crossing the busy, multi-lane road, should the footbridge be removed. Most of those in attendance were in agreement. He also expressed CRA's concern with the potential removal of so many mature trees.

Another concern raised was that, if three additional pedestrian crossings were put in, the knock on effect would be rat running through Marino. A suggestion was made that a subway be installed, but a speaker reminded people that the Port Tunnel is just below. Another suggestion was made that the cycle lane should go through Fairview Park. However, people voiced their concern about the park being dangerous at night. Another attendee spoke of the poor quality of the current cycle lane, which pushed cyclists onto the pedestrian area.

It is understood that the three local schools are unhappy about the proposal to remove the footbridge. St. Joseph's will have a board of management meeting in September. It was also suggested that there should be better access to the park.

On Monday 20th July, the matter was on the agenda for the DCC North Central Area Meeting. We understand two main issues were discussed;

There was a follow-up meeting this past Tuesday 28th July, in City Hall at 2.30pm with the Central Area Committee to discuss the matter further. As soon as we receive any more information, it will be posted on the website.