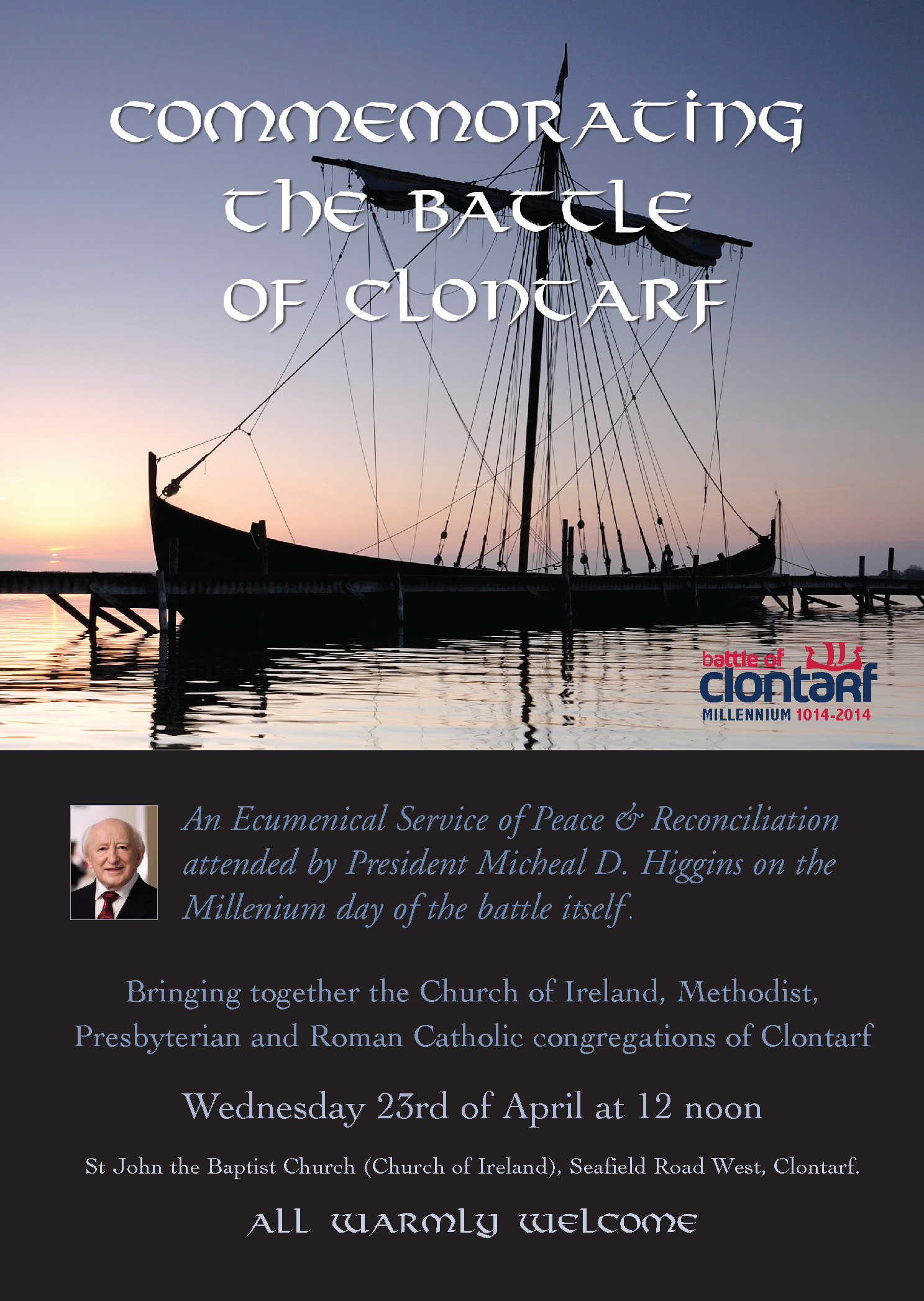 It has been confirmed by Áras an Uachtaráin that the President of Ireland, Michael D. Higgins, will be attending the Ecumenical Service in the Church of St. John the Baptist, Seafield Road West, Clontarf, on Wednesday 23rd April at 12pm, (the millennium date of the battle itself) to commemorate the 1000th anniversary of the Battle of Clontarf.

The date coincides with the actual anniversary of the infamous battle fought on Good Friday 1014 between the forces of Brian Boru and the forces of the King of Leinster, Mael Morda mac Murchada, supplemented by Viking mercenaries. It ended in a rout of Mael Morda's forces and the death of around 10,000 warriors including Brian.

The theme of the commemorative service will be Peace and Reconciliation, and it will be attended by representatives of the six Christian churches in Clontarf, as well as representatives of local business, sporting, educational, leisure and political interests.  The Church of Ireland Archbishop of Dublin, the Most Rev. Michael Jackson will be present, and the address will be given by the Roman Catholic Auxiliary Bishop of Dublin, the Most Reverend Eamonn Walsh, representing Archbishop Diarmuid Martin. The Danish Ambassador to Ireland, Niels Pultz, and the Norwegian Ambassador to Ireland, Ronald Names, will also be in attendance, along with representatives of the Irish Defences forces.

A yew tree will be planted in the church grounds on the day to commemorate this major event for Clontarf and its environs.

All warmly welcome to attend.