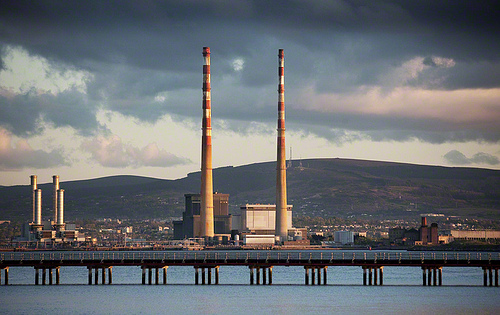 We asked our readers on Facebook what they thought of the demolition plans. To say that the post was met with mixed feelings is certainly an understatement! Before long, a huge debate had broken out on Facebook. In less than 24 hours, we received over 100 comments from people expressing their opinion.

Although a large number of people support the demolition, the vast majority seem to admire the sentimental value of the Poolbeg towers and want them to be kept. The question of how maintenance and cleaning fees will be sourced for the towers if they remain intact is still under fire, however.

Here are just a few of the comments that were posted on our page:

Dearbhla Carmody: "The eiffel tour they are not, if the are going to keep them, they need to do something with them. No point in just leaving them to rot and fall down. Lets be honest the real tragedy is how prime land like that has become an industrial eyesore / wasteland. The entire area should be developed as a national park for Dublin city."

Dan Walsh: "They're ugly ugly industrial chimneys! I've never understood why people have nostalgia for them. Let's see the sky instead."

Sarah Hurl: "No Way!!! Giorgio Armani obviously thought they set the scene and he had the whole world to pick from!"

Tina Andreucetti: "All iconic or historically important sites or buildings are expensive to maintain. But they are our soul and memories of times past. So preserve and develop. We are a 21st nation with many people with first hand experiences and memories of recent history."

Check out our Facebook page to read the full debate and contribute to it. We encourage all Clontarf residents to have a strong voice about matters like these that directly affect our community.