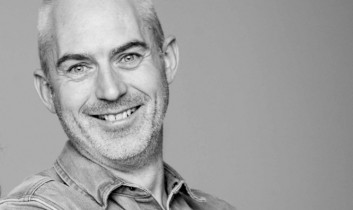 Clontarf based Creative Director Paul Hession of Hession Hairdressing, a long time sponsor of loveclontarf.ie, is nominated for Best Hairdresser at the Image Magazine Beauty of Business Awards 2016.

Paul is an award winning hairdresser who has styled the hair of some of Ireland’s most prolific personalities and international visitors have also been quick to request his time and expertise. Closer to home Paul is also involved in styling hair for Dublin Fashion Festival. His work can be seen frequently in top Irish magazines and on TV and while continuing to be a popular contributor for national radio panels.

Career highlights to date include Hession Hairdressing winning the IMAGE award for the best editorial look, Schwarzkopf Business Awards for Salon of the Year and awards at both Global Business Awards in Barcelona and Hollywood.

Many of Paul’s staff are regularly acknowledged and accredited by the Irish Hairdressing Federation and L’Oreal while also being the first Irish hairdressers to launch their own salon app!

Other career moments that hold pride of place with Paul include being given the tremendous honour of closing the L’Oreal Colour Trophy Show and being chosen to style shoots for L’Oreal Professional in Paris. Hession Hairdressing was appointed as a partner to look after Team USA during the Solheim Cup when held in Ireland, the largest female sporting event to ever take place in Europe.

Support Paul in the upcoming awards by following the  link below and voting online in a couple of easy steps!

Congratulations Paul, we all have our fingers crossed for you!