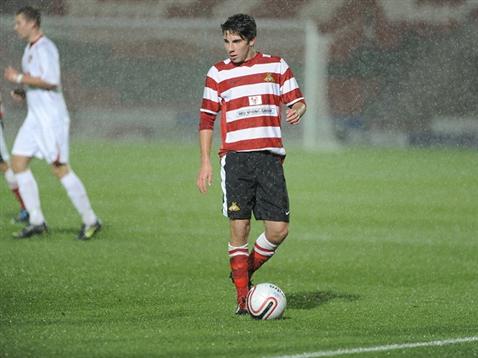 We have more great news about Evan Finnegan, who went to Doncaster Rovers last year. Just last month we reported on his success at Doncaster Rovers, as he was mentioned as one of the bright prospects on the team to watch.

We have more good news! Evan, who moved to Doncaster last year but has his home on the Stiles Road in Clontarf, has been called up to the Republic of Ireland under 18's squad to face their Swiss counterparts in Monthey, Switzerland.

Having already represented his country at U17 level last season, Evan has now made the step up to U18 level and will be a part of the squad which plays two friendly games against Switzerland U18’s on November 13th and 15th.

The call-up is a terrific honour for Evan, his family, Doncaster Rovers, and previous club Home Farm in Dublin, and would serve as great experience as he looks to build a bright future in the game.

Read more about his call up here.

We wish Evan all the best in the future!