Launch of Battle of Clontarf Commemoration Program of Events 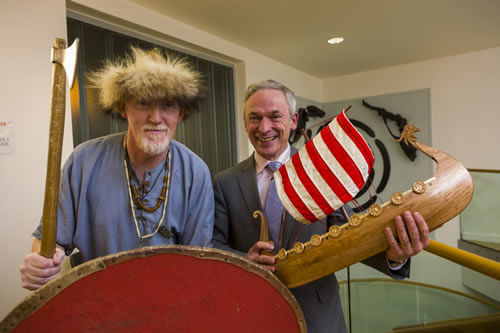 Speaking at the first event of the year long program, an evening lecture by local historian and author, Dennis McIntyre, Mr Bruton said that “there wasn’t a club or a society in the Clontarf area that is not putting their shoulder to the wheel “and that the commemoration “was a great occasion to bring communities together”. The Clontarf program of events is co-ordinated by the Clontarf 2014 Committee and includes events by the Clontarf Historical Society & Raheny Heritage Society and events organised by many of the local community groups.

A wide ranging program to suit everyone from monthly historical lectures, competitions for local schools, a Historical Exhibition, Millennium Art Exhibition, major Bridge Tournament, Golf competition, Ecumenical service, Barbarians taking on Clontarf in the real battle of Clontarf and keynote peace and reconciliation event marking both the 1000th anniversary of the Battle of Clontarf (1014) and the 100th anniversary of the outbreak of WW1 (1914).

Dublin City Council are organising the flagship event at the Easter weekend in St. Anne's Park, with Battle of Clontarf battle re-enactment and a medieval village. 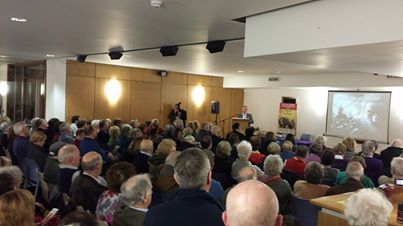 Other events include the Annual Clontarf Viking festival on Clontarf Promenade, world premier of the Comhaltas Ceoltoiri Eireann commissioned suite of music, Tennis marathon and tournaments, Battle for the Bay Kite surfing festival, Clontarf half marathon and a special traditional boat rally  similar to those used by the Viking!

Clontarf will also witness another oversea army as the Giro d’Italia cycle race will pass along the coast road next May.

The legacy project for Clontarf is the Battle of Clontarf Heritage Trail which will run along the 3km stretch of the Clontarf Promenade. Minister Bruton also announced that Jimmy Deenihan, minister for Art Heritage and the Gaeltacht has committed €10.25K for the Battle of Clontarf Heritage Trail which is also be part funding by Dublin City Council North Central Area.  Mr Bruton stated that “it will be a permanent asset to the area and enhance its tourism attraction”.

According to organising committee chair Collette Gill, the 1014 millennium commemorations will be a useful lead in to the centenary commemorations over the next few years. “To have people engage with a less emotive and further distant topic of the Battle of Clontarf can help condition people to see how our history is far more complex than often portrayed!”

Full details of programme can be found at www.loveclontarf.ie/2014