St Anne’s Park, Clontarf, is now the permanent home of the Irish Suzhou Garden, also known as the Ire-Su Garden, which was donated to 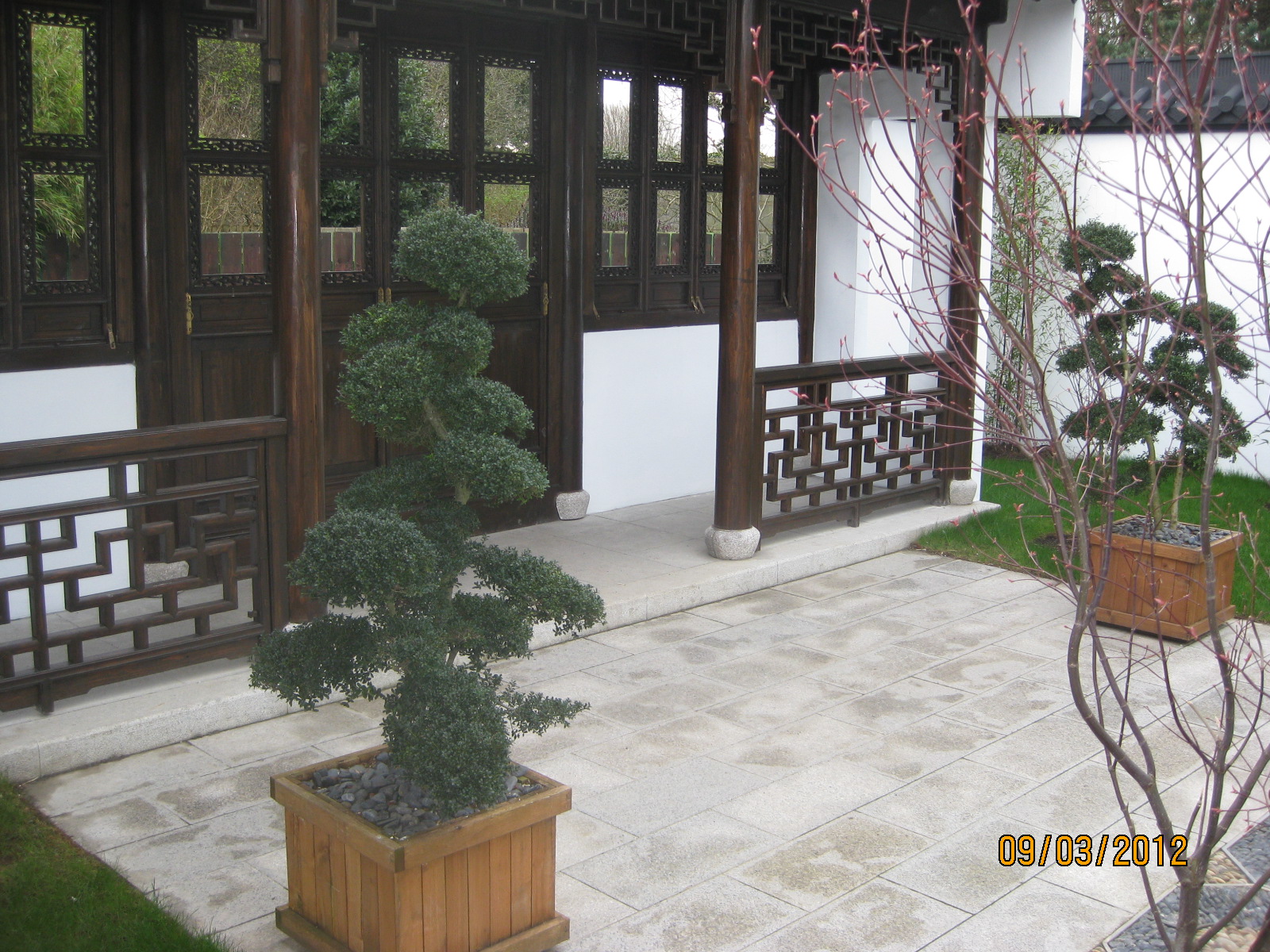 Ireland by the Peoples Republic of China and opened by the Chinese Ambassador on 4th February 2012.

The Ire-Su Garden was originally designed and constructed by the Suzhou Garden Bureau for Bloom 2011 in the Phoenix Park.  They are responsible for the management of nine UNESCO listed World Heritage Site gardens in Eastern China.  All the plants were sourced via Irish nurseries, and the garden, Bloom's first ever international show garden, was presented as a gift from the Chinese people to the people of Ireland to co-incide with Dublin’s twinning with Beijing in 2011.

Classical Chinese garden design, which seeks to recreate natural landscapes in miniature, is nowhere better illustrated than in the nine gardens in the historic city of Suzhou. They are generally acknowledged to be masterpieces of the genre. Dating from the 11th-19th century, the Suzhou Garden style has evolved and includes both the vast gardens of the Chinese emperors and smaller gardens built by scholars, poets, and former government officials.  Traditionally, the Chinese classical garden was used for banquets, celebrations, reunions, or romance. It was used to find solitude and for meditation. It was a calm place for painting, poetry, calligraphy, and music, and for studying classic texts.

The careful placement of Chinese classical gardens into their environment is vital for its success, so great thought was put towards to its placement within the City. The model garden area in St. Anne’s was finally found to be the perfect sheltered home allowing it to borrow from the adjoining landscape features, in following with the Chinese tradition.

As a result the garden has gently harmonized with the Park's existing mature pines that peer over the boundary wall.  The setting is completed by the historical clock tower overlooking the garden providing a beautiful historical reference to the beginnings of St Anne’s.

This is a beautiful addition to our community which has to be enjoyed and treasured.  The garden is open for viewing from Monday to Thursday between the hours of 10am to 4pm and on Fridays and Saturdays from 10am to 1pm.

Until you get to view the real thing, we've added some images to our gallery, which can be found at this link.