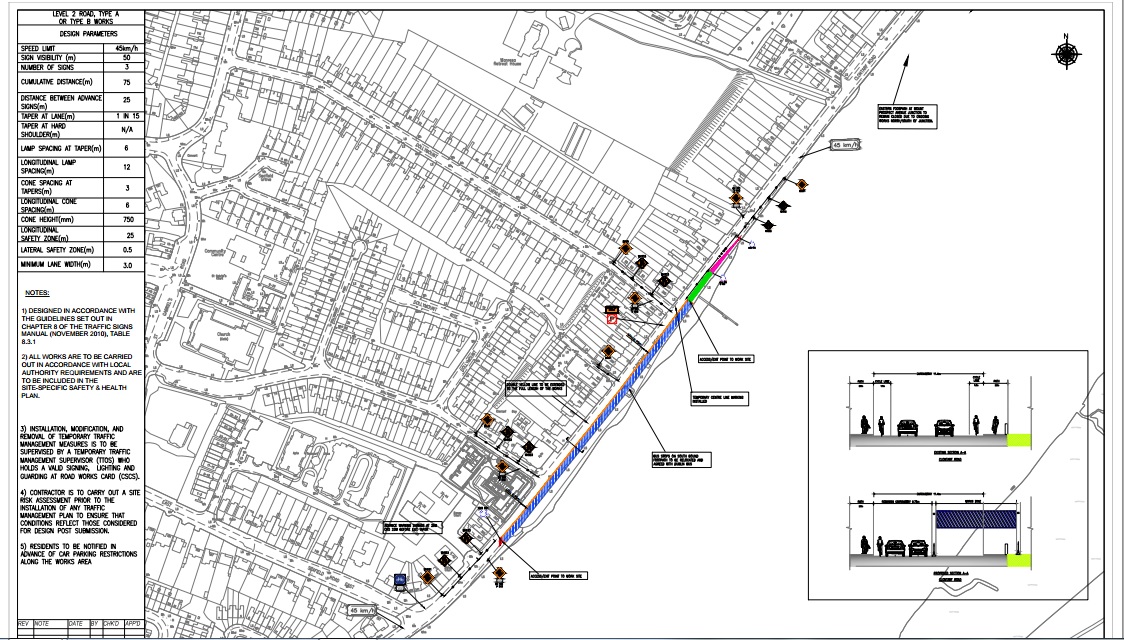 A brief description of the adjustments to the wall heights are detailed in the bullet points below:

The existing road carriageway level alongside St. Anne's Park is lower than the existing Clontarf Road south of Mount Prospect Avenue. Therefore, the existing sea wall adjacent to St. Anne's Park will be adjusted by up to 70cm to provide the proposed level of flood protection. At the northern end of the section of works, a new sea wall is currently being constructed. Once completed, the height of this section of wall will be approximately 85cm above the finished footpath level. Due to the existing incline on the James Larkin Road at this bend and the fact that the wall has yet to be backfilled and the footpath completed; the current height of the wall appears greater than what it will be when the works are completed.

The existing road pavement levels will also be altered upwards by approximately 2-4cm, which will to some degree mitigate the increase in the seawall height. As can be seen from the heights of the wall above the proposed footpath level the height of the completed wall alongside St. Anne's Park will appear higher than the completed sea wall south of Mount Prospect Avenue due to lower road levels alongside St. Anne's Park.