Illustrated Lecture at CY&BC; - "The Sailing Trawlers of Ringsend" 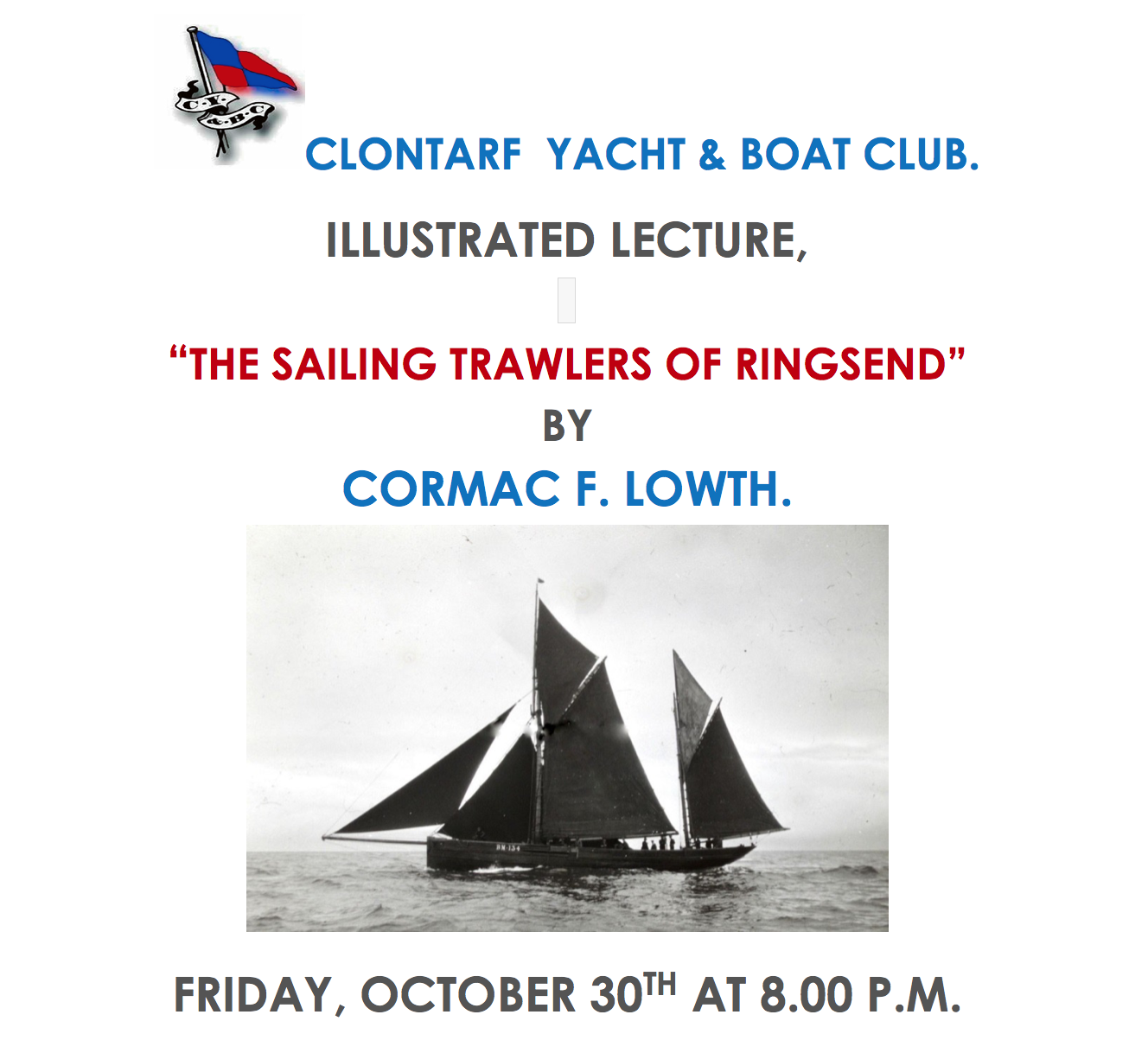 The Clontarf Yacht & Boat Club will host a lecture from Cormac F. Lowth entitled "The Sailing Trawlers of Ringsend". This event will take place in the Club on Friday 30th October, beginning at 8PM.

Throughout most of the 19th Century, Ringsend was home to a large fleet of gaff-rigged, sailing beam-trawlers. The first of these boats and their crews originated in Brigham in Devon in 1819, and their was an interchange of boats and people between Devon and Ringsend for most of the Century. Many of the fleet of sailing trawlers were built in Ringsend in several of the boatyards on the banks of the Dodder.

Cormac F. Lowth has brought together a great deal of information and many unique and rare illustrations about this hiterto neglected part of the maritime history of Dublin Bay. He has also compiled extensive lists of the names of the vessels and their crews.

Cormac is a retired builder who has served on the councils of the Maritime Institute of Ireland and the Old Dublin Society. He is also a member of the Irish Maritime Archeological Society and Historical Society. He is presently a committee member of the Dun Laoghaire Borough Historical Society. Cormac has written many articles of historical and travel interest for several diving and historical magazines and journals. He recently spoke at the 300th anniversary of the Dublin Port Conference in April at the Gibson Hotel.

This is a FREE lecture, where a huge chunk of Dublin Bay’s history will be illustrated to those in attendance. All are welcome to the CY&BC where refreshments will be available. For more information, contact Larry Meany on 0877739807.