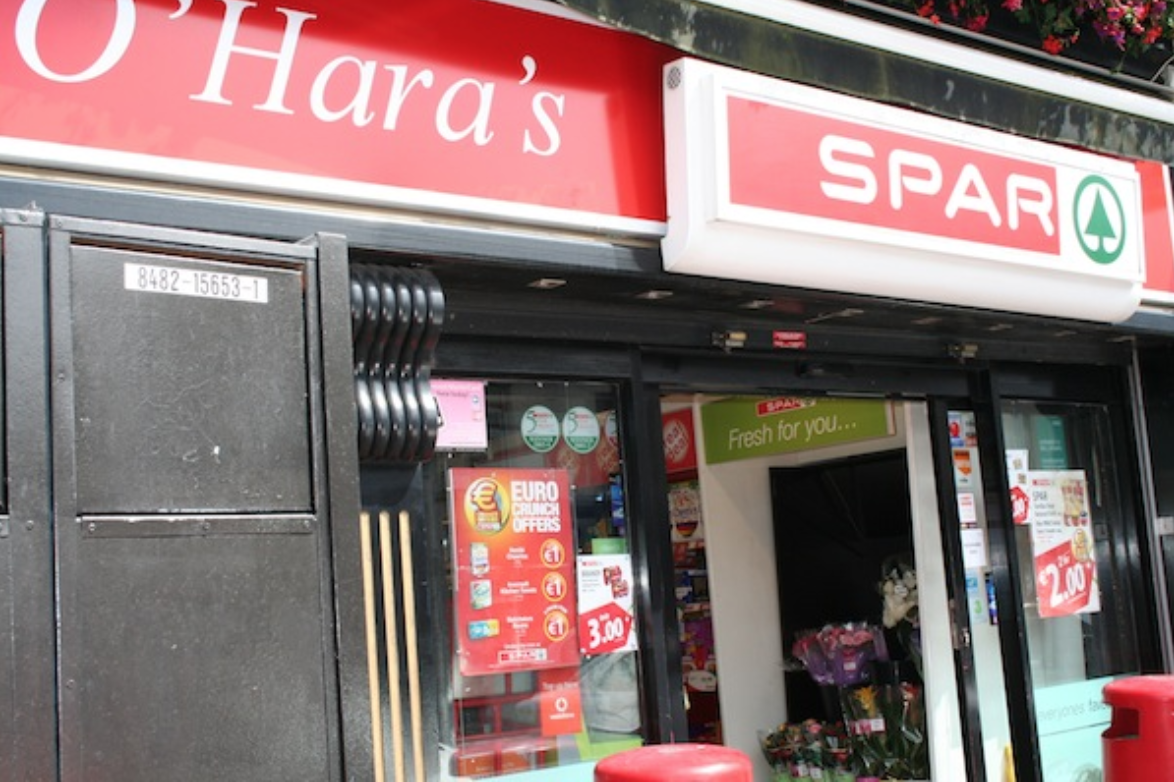 Congratulations to Gus O' Hara who was awarded Convenience Champion 2017 at the Shelf Life C-Store Awards!

Gus' retail excellence, which is seen in both Spar Stiles Road and Vernon Avenue, was acknowledged at the Awards hosted by Marty Whelan in the Royal Marine Hotel in Dun Laoighre on Wednesday 22nd November.

Before Gus was called to collect the industry's prestigious award which lists Feargal Quinn as a previous winner, Marty Whelan noted the following on the local retailer;

This winner has worked closely, with the Irish Retail Newsagents Association, and was influential in its direction as it became the CSNA - with “C” standing very much for convenience.

His stint as president of the CSNA was marked by his dedication to his fellow retailers, and this dedication has not waned as he continues to support his peers and contribute to the betterment of the trade.

"This winner’s sense of community really stands out, He has hired local kids for over 20 years in the area his shops serve, and during the recession, he fought tooth and nail to ensure that no one was made redundant.

He is well known in his local community for many things – helping old dears with the shopping, visiting building sites with Mars Bars and this week’s offers on the deli, arranging the Christmas and Summer festivals with the local Business and Resident Associations every year.

He is a pillar of the community, not just in his area, but in the Retail community also. He sets the example of Customer is King and lives it daily through his actions.

Our winner has a reputation for standing his ground and standing up for what is right. Over the years he has campaigned and fought on the changes in Post Office Stamps, the Surcharge for Phone Credit and currently, of course, he is working on the ongoing licencing structural separation issue. He has been tireless working for the trade."

Well done to Gus and all the team at Spar - well deserved!