Ellen Keane wins Swimmer of the Year award at AGM! 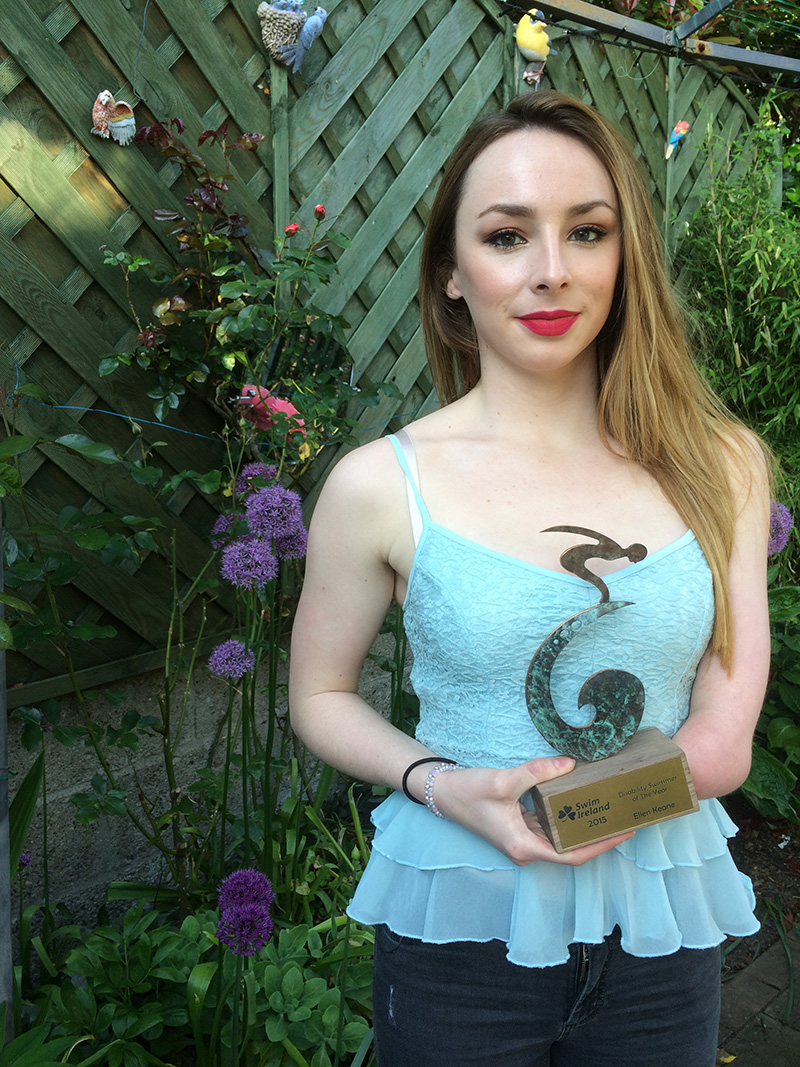 Clontarf's own Ellen Keane claimed the 'Disability Swimmer of the Year' award at the Swim Ireland AGM last week. The awards night, which took place last Friday the 27th, was held at the Titanic Centre in Belfast.

The swimming star is no stranger to success holding the record as being Ireland's youngest Paralympian at the age of 13 when she competed in the Beijing games in 2008. She has since gone on to compete in many competitions including the 2012 London games, and more recently winning a bronze medal in the Swimming World Championships in Glasgow last year.

Ellen will certainly be kept busy in the coming months. Despite only just finishing her 2nd-year exams in DIT where she is studying Culinary Entrepreneurship, she will be traveling to a hot weather training camp in PortAventura in Spain on two occasions before the end of July.

She will be hoping to again earn her place on the Irish Paralympic team set to compete in Rio de Janeiro. The team will be announced on July 5th, and the group will head out to a holding camp in Brazil for a week before entering the Olympic Village. The Paralympic Games commence on the 8th of September, running until the 17th.

Congratulations Ellen from all here at loveclontarf.ie! We're all behind you, wishing you the best on your road to Rio!