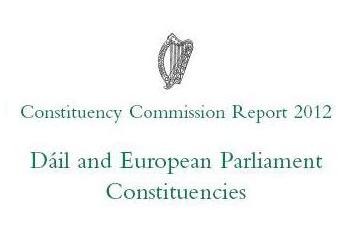 Recently, the Constituency Commission published a report detailing suggestions for changes to the constituencies throughout Ireland as a means to decrease the total number of TDs from 166 to 158.

But what does this mean for Clontarf?

As of the next election, Dublin North-Central (which includes Clontarf) will be joined with Dublin North-East to form a new 5-seat constituency called Dublin Bay North.

The existing representation for the 2 constituencies is as follows:

So, overall: 3 Labour, 2 Fine Gael and 1 Independent. But only 5 seats to go around next time.

As you would expect, there has been much speculation as to what this will mean at the next election. Over on Politics.ie a thread has appeared to debate the effect of the changes. You can view it here: http://www.politics.ie/forum/elections/191184-dublin-bay-north.html

One of the possible benefits of the new plan is that we will have one single constituency and 5 TDs that will cover the entire Northside of Dublin Bay from the tip of Howth to the Alfie Byrne Road in Clontarf. This will be a huge help to interest groups like the CRA, CBA, Dublin Baywatch, Sailing Clubs etc. who have a keen interest in the welfare of the Bay.

Here are some of the main points from the report itself:

Dublin Bay North will consist of the following areas:

In the city of Dublin the electoral divisions of:

and, in the county of Fingal, the electoral divisions of: