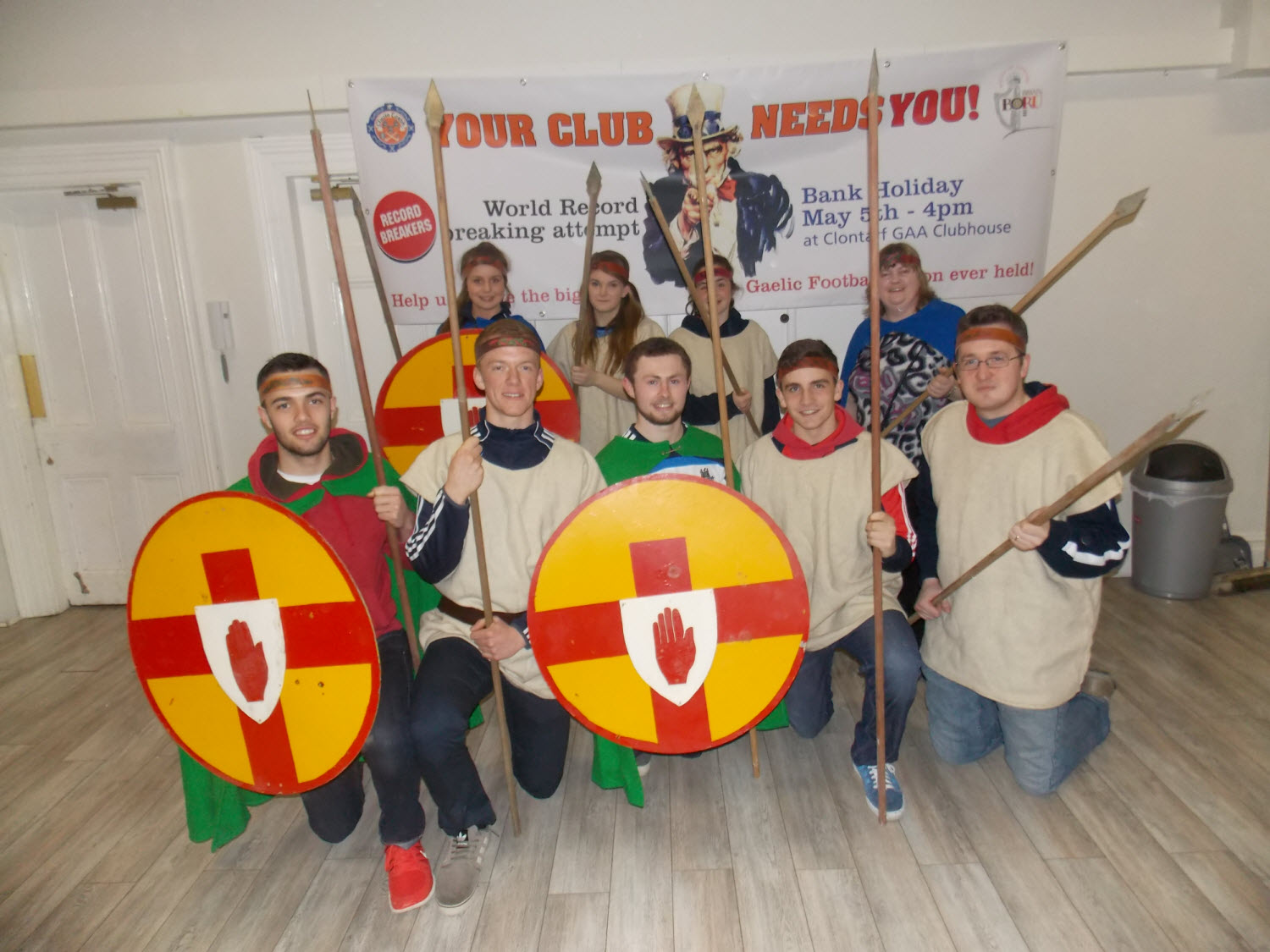 Dublin football star Jack McCaffrey - a.k.a. Brian Ború - will lead the charge by CLG Chluain Tarbh in an attempt to set a new world record for the largest Gaelic Football training session.

The attempt on Monday May 5th which takes place at Áras Chluain Tarbh on Seafield Road is timed to start at 10mins and 14secs after 4pm. It forms part of the Battle of Clontarf Brian Ború Millennium Celebrations with RTÉ sports presenter Damien O'Meara, host of 2FM's 'Game On' performing the master of ceremonies role.

Clontarf GAA has evolved into one of the biggest clubs in Dublin, with the Saturday morning nursery in St Paul's College catering for in excess of 400 boys and girls each week from the ages of four to eight.

Clontarf has a very strong juvenile section, highlighted by the club's victory in the Dublin Under 15 'A' football championship in 2013.

Clontarf is aiming to set a new world record for inclusion in the Guinness Book of Records. The event is open to everyone, you don't need to be a member of the club and you don't need to have any experience! We look forward to welcoming lots of people from Clontarf and adjoining areas on May 5th.

Anyone who would like to join Brian Ború and participate in the event, or find out more about the world record bid, please contact Brian O Callaghan (0868256415), or at brianeastcoast@hotmail.com.