Here's a story we didn't cover at the time but has since been brought to our attention since. We would like to say belated congratulations to Fiona Coghlan.

Clontarf’s Fiona Coghlan has been named as The Irish Times Irish Sports Council Sportswoman of the Year 2013. Fiona Coghlan became a household name in Clontarf for her role as captain of the Irish Women’s Rugby team. 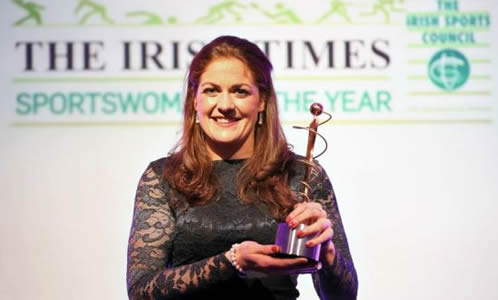 Fiona captained Ireland to their first Six Nations Championship last year, in the process claiming a Grand Slam, a win that really stood out in the 2013 sporting calendar.

Fiona’s award is a great boost to women’s rugby, a sport that up until to a few months ago had to fight for any recognition. Thanks to Fiona and the rest of what is an incredible team the sport is steadily growing in popularity.

Fiona is quoted as saying on the night: “I’m delighted to win an award like this. You don’t start out in a season and train hard to win these but it makes it a lot better at the end of the year”.

Speaking about the sport Coghlan said: “We were hockeyed back 12 years ago. But we’ve been getting better and better… The last three years have seen younger players coming in and the game getting much stronger.”.

Read the full story on The Irish Times