Any of you who follow us on Facebook will have seen our regular coverage of the local election results over the weekend.

For those of you that haven't heard, our six new councillors are: 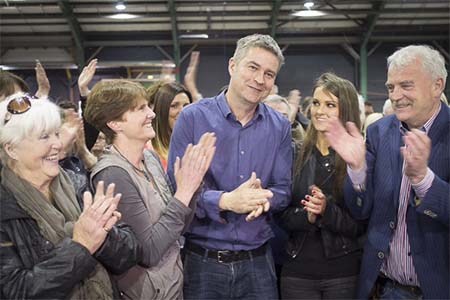 Damian O'Farrell comfortably topped the poll with a 20.6% share of first preference votes.

Clontarf had the highest turnout (just over 50%) of any of the four Dublin Councils.

Those that said that Fianna Fail could not secure two seats were proved wrong as their two high profile candidates came home comfortably. Sean Haughey making a return to politics at council level.

Jane Horgan-Jones bucked the national trend or Labour by grabbing the 4th seat despite many considering that her seat was in danger.

Local residents Philip Grogan and Donna Cooney polled very respectably and with a broader base may have threatened for the last seat.

Ciaran O'Moore benefited from the huge national swing to Sinn Fein and this helped him to comfortably secure the final seat in the ward.

Fine Gael may be the most disappointed as they failed to secure an anticipated second seat despite former Lord Mayor, Naoise O'Muiri polling well and securing third place.

A full breakdown of the results can be seen here.