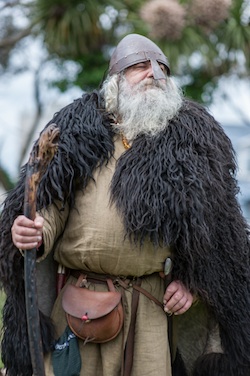 Yesterday's Viking Festival was a great success with an estimated attendance of 12-15,000 on the day - a huge increase on last year.

The new location near the Wooden Bridge worked really well and allowed for many more activities. The extended kids zone was very popular and was busy all day. Well done to all the stewards who managed all of the inflatables.

The Viking battles and village area also attracted large crowds throughout the day.

No one went hungry as the choice of food put on by the local restaurants was amazing. Very high quality dishes were served at a cost of between €5 and €7 and most items were sold out by the end of the day.

Showtime Theatre School kicked off the entertainment and then the music was provided by Applerock Studios who presented a high quality line up of several local bands who were well received by an enthusiastic audience.

There were lots of other great stands to visit and it was great to see so many people there and who stayed for most of the day.

Well done to the organising committee of the Clontarf Business Association for putting on such a great event. Thank you to all who showed up to support this annual event.