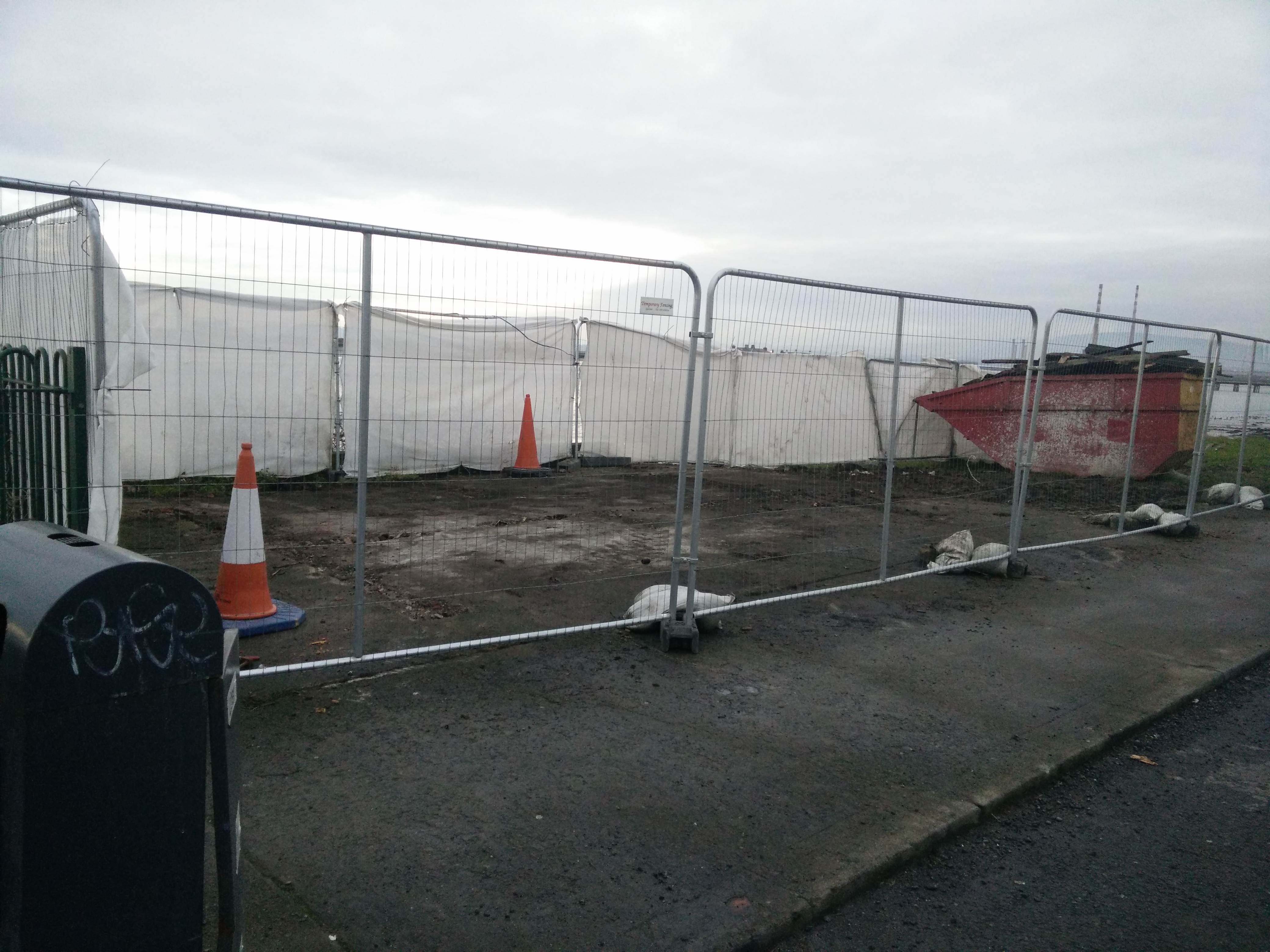 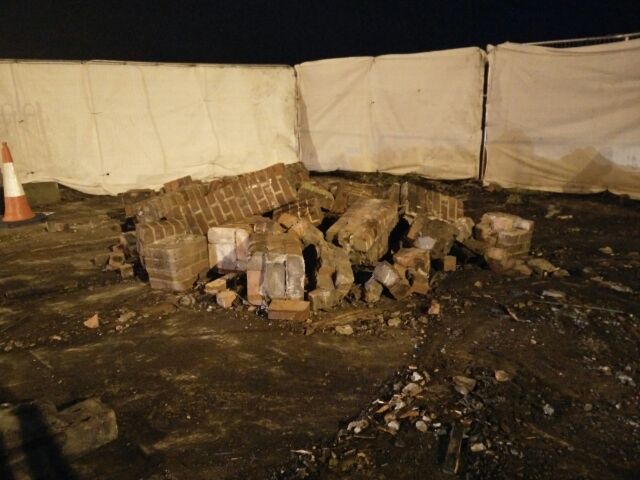 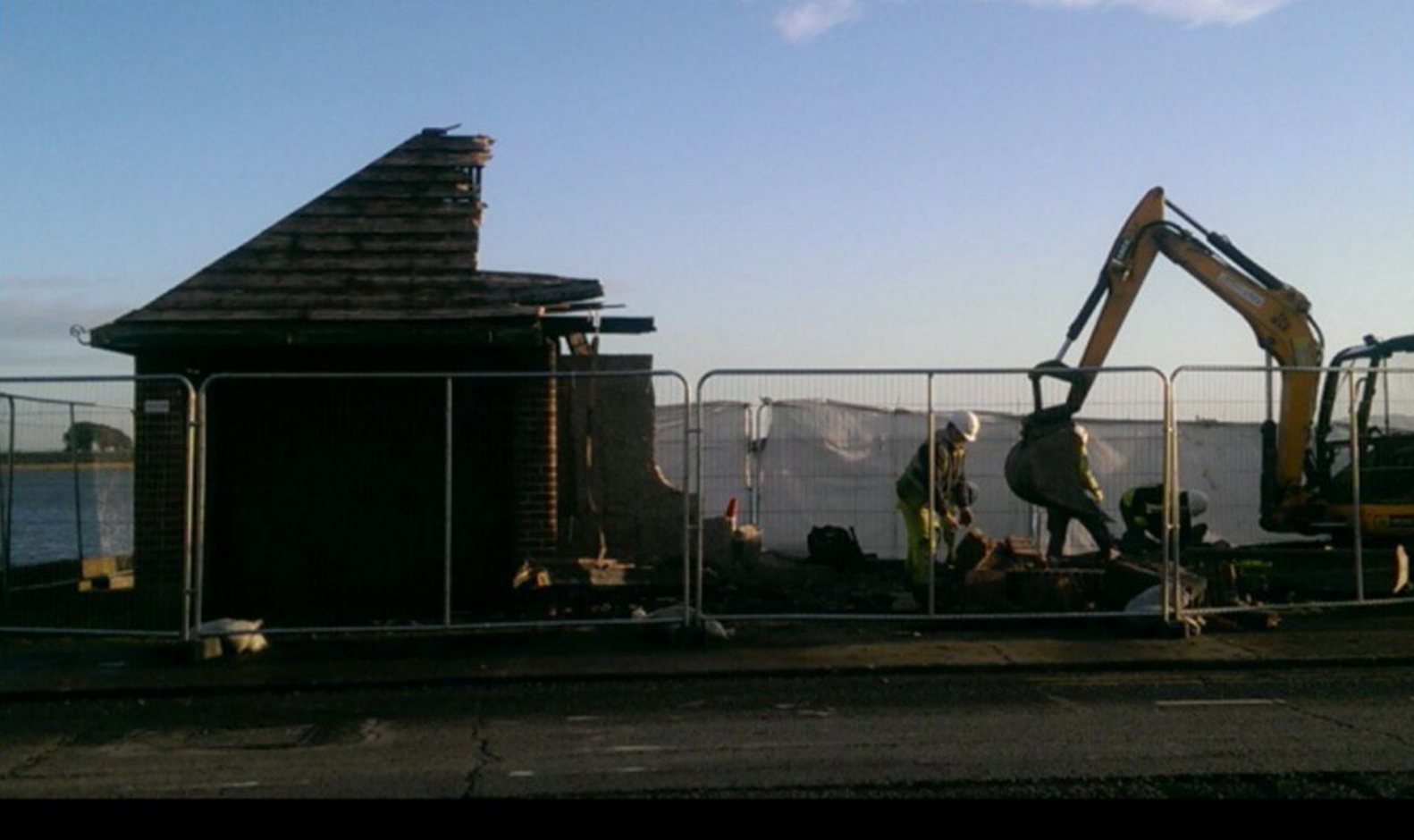 The Clontarf Road/Dollymount Tram shelter, dating from the early 1900’s was to be carefully dismantled to facilitate works on the S2S route.

However, local residents were shocked to find what can be described as the sad remains of the old tram shelter on Monday evening, which you can see from the above photos.

Had the residents of Clontarf, and indeed I'm sure The Howth Transport museum staff know exactly what was planned for the old Tram shelter in Dollymount, there would indeed have been  a different outcome to what has now happened, further options should have been discussed, and hopefully agreed.

No options were either offered nor discussed with residents, the structure was mindlessly demolished using a JCB rock breaker (photo again attached proving same).

Residents didn't act on this, simply because to date we all assumed as stated within all documentation to date that this structure was simply to be 'restored' to its original condition.

I also fail to see the demolition, nor the mention of a like for like re-build mentioned nor approved anywhere with the DCC planning departments online search engine.

Nor is same mentioned within the S2S submission to An Bord Pleanala site, as a result of which I believe that this is an unauthorised demolition of a historic structure.

Please advise further now what Dublin City Council intend saving of the demolished structure that is currently sitting within the skips on site before these are disposed of.

This email was in response to the following points which had been sent by Manzira to another local resident;

·The tram shelter is being taken down to facilitate construction of the S2S scheme and will be rebuilt.

·The conservation details were captured in the development of the design. This includes a process to put back a structure that retains the historic character of the original even though it will be re-made.

·A full photographic record was made prior to removal of the tram shelter so that good quality images would be available to inform the re-building.

·The careful dismantling and re-use of original materials where possible, particularly the brick, rainwater goods and pan tiles is being done.

·The provision of site exemplars for brick/jointing detail and roof work will be approved on site by the conservation officer.

Thank you to Mr. Leonard for sharing the images with us.