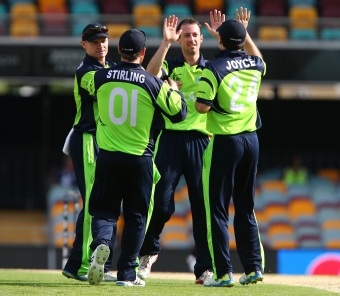 34 year-old Alex Cusack from Clontarf has officially announced his retirement from International Cricket.

Cusack had originally planned to hang up his Ireland jersey after the Cricket World Cup at the beginning of this year, but chose to postpone his decision in order to help in securing Ireland a place in the ICC World Twenty20 in India next year.

Since debuting for Ireland in 2007, the all-rounder has played 174 times for the International team, and scored an incredible 2347 runs at an average of 22.79. In addition to this he took 180 wickets, which has ranked him 8th position on the all-time leading wicket-takers. Cusack was also named 'Player of the Tournament' at the 2010 ICC World Twenty20 Qualifying Tournament.

Upon his announcement, Cusack has received an outpouring of praise from a number of key figures in Irish Cricket, including Head Coach John Bracewell and Ireland Captain, William Porterfield.

As he closes the door on his Irish career, Cusack has expressed his gratitude for all those who supported him, particularly his wife Celine.