Congratulations to the combined Cluain Tarbh GAA team made up of faoi10 buachaillí and cailíní, who are now the Dublin Community Games GAA Champions.

The games were played as 15-a-side, a big change for the boys and girls who are used to usually only play 9 a side games.

Playing against the wind in the first half, Clontarf were narrowly ahead but with the winds at their backs in the second half, managed to get a few important cúl to reach the final.

In the final they faced Skerries and playing with the wind had a narrow lead at the break.

However, in the second half Clontarf managed to get some important scores to deservedly lift the CJ Haughey Cup.

Clontarf GAA Club are now looking forward to the novelty of representing Áth Cliath in the Leinster Championship and will play the Kildare Champions next. 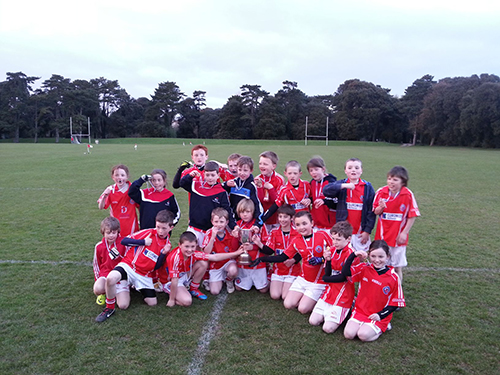