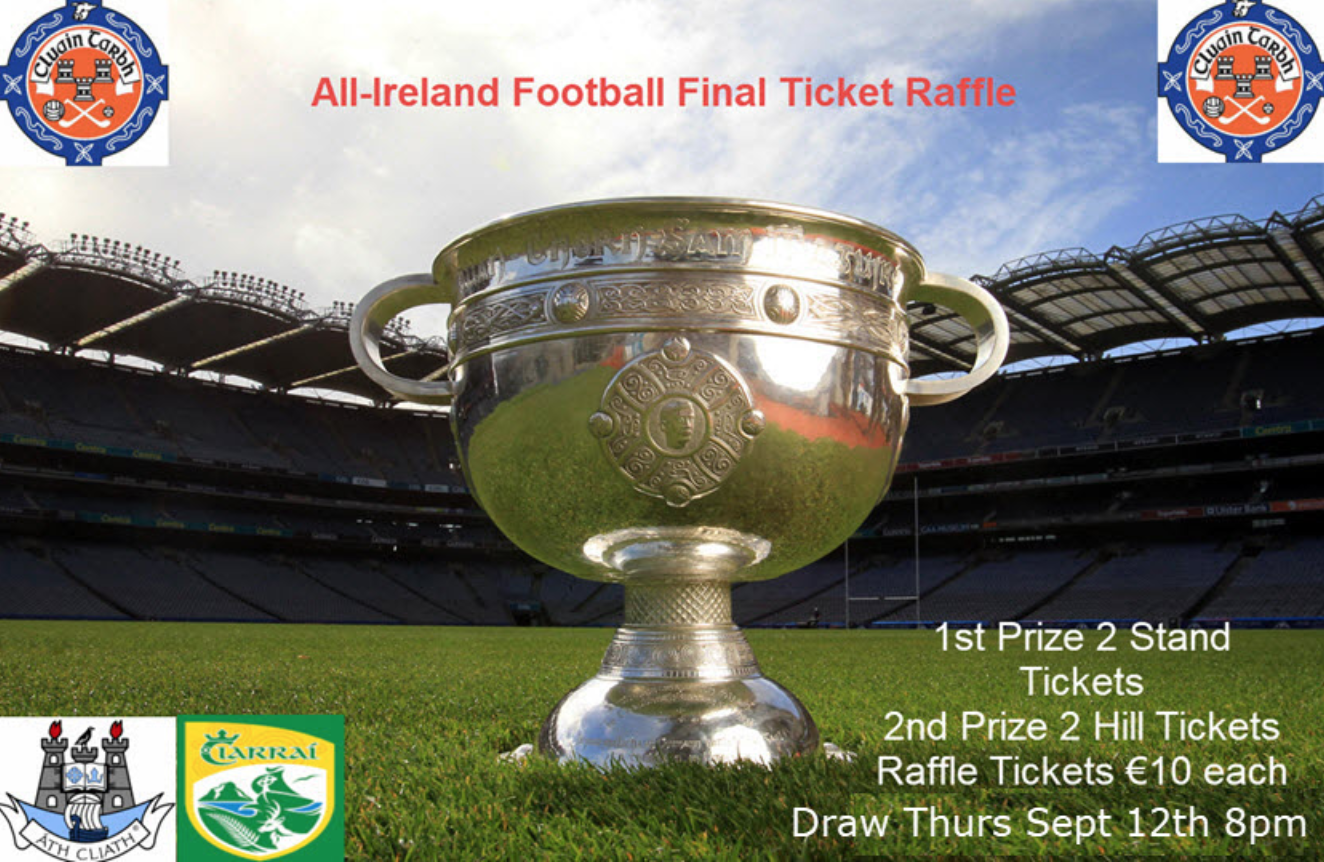 Having a player play on All-Ireland Final day is a great honour for any club and Cluain Tarbh is looking forward to a momentous weekend for the club and Clontarf.

On Saturday 14th Jack McCaffrey will take to the páirc after his Man of The Match performance in the drawn final as The Dubs will seek to complete the drive for five against Ciarraí. The match throws in at 6 pm. If you weren't lucky enough to get a ticket, Cúldoras the club bar will be open to show the match and win or lose (match will go to extra time if it's a draw!) join the post-match get together in the club.

Tickets for the final replay are sure to be in great demand and there is one further chance to win 2 x Hill 16 or 2 x Stand tickets in the club raffle. Tickets are now available online here with the raffle being held at 8 pm in the club on Thursday 12th. Get your entries in before Wednesday night. Thanks to all who supported the raffle first time around and you're all entered again in the raffle for the replay.

You might not be the only winner on Thursday night as our club Lotto will be drawn on the night and the Pota Óir/Jackpot is a massive €15,000! You can get tickets for the Lotto draw in the club, The Sheds, The Pebble Beach or online here.

On Sunday 15th, Áth Cliath Peil na mBan (Ladies Football) are seeking to complete their own three in a row under Bainisteoir and Chluain Tarbh clubmate Mick Bohan ably assisted by Willy O'Connor in the backroom team. Last year was a record-breaking attendance for the Ladies final and over 500 people (which was 1% of the attendance) made the journey into Croker from Clontarf. With four representatives in the squad, Caoimhe O'Connor (who scored a cúl in the semi-final), Niamh Hetheron, Sarah Fagan & Kate Fitzgibbon we're hoping for a further large crowd. Throw in is at 4 pm and there will be a BBQ (weather permitting) after the game at the clubhouse to which all are welcome.