Every year GAA clubs throughout Dublin and all over Ireland take part in Féile a festival of Gaelic Games for U14 boys and girls. This year for the second year running Cluain Tarbh had teams taking part in all 4 codes of Camogie, Peil na mBan (Ladies Football), Football and Hurling.

At the end of March, our Camogie team were first in action in Féile na nGael. They won their group in Cuala but unfortunately bowed out in the semi-final at the end of a great day.

The Clontarf hurlers were next up with two teams in action in mid-April. The B team put in some great performances but came up against two strong one team clubs including the eventual division winners. The As made it through to the final where they defeated Naomh Mearnóg at Collins Ave in Páirc Parnell. With that win, they will be heading down the M8 this weekend to the National Féile na nGael finals where they will take on teams from host county Corcaigh and Antrim.

On the May Bank Holiday weekend, Cluain Tarbh had three teams taking part in the boys, Féile Peil, na nÓg with both the A and B teams making their division finals. The Bs defeated St. Marks to lift the Roinn 7 title while the As lost out to a strong Erins Isle team.

Last in action were the two Peil na mBan, teams. The Bs hosted their group which is always a great experience and there was a feast of football on P34/35 by the Rose Gardens. The As made history for the club being the first team to reach a Roinn 1 Final. They managed to reverse the result against group hosts Erins Isle to win 3-4:1-5 and will be the second Cluain Tarbh team in action in National Féile as they will head down the M6 where they will be hosted by Corofin in Co. na Gaillimhe the last weekend in June. 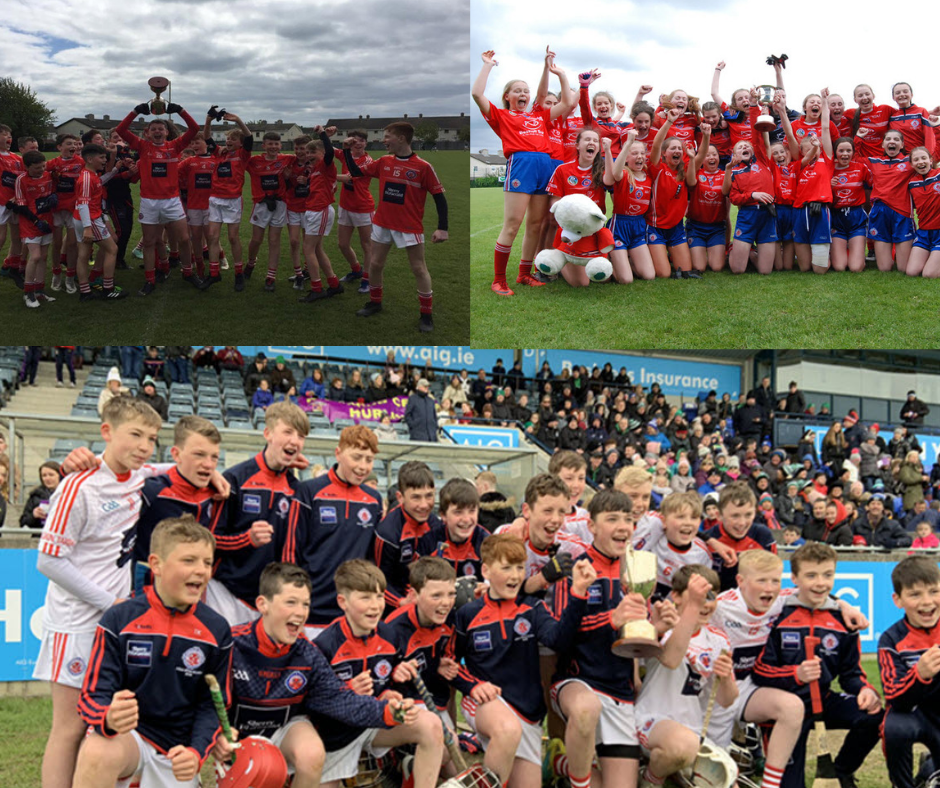