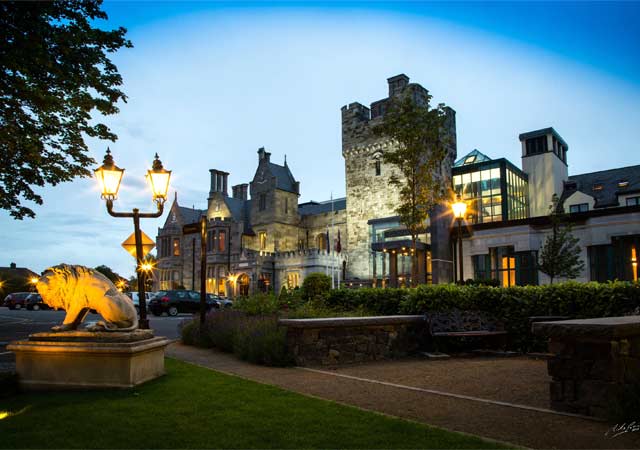 Our valued sponsor Clontarf Caste Hotel has yet another reason to celebrate this year as they have been awarded Gold and Silver medals at the Catex Awards 2015, Ireland’s largest and most influential foodservice event.

Clontarf Castle Hotel was among hundreds of the finest hotels and restaurants in Ireland competing in this event, held in the RDS Dublin from the 17th to the 19th February 2015. The team was represented by Clontarf Castle’s Head Chef Gareth Carberry who entered three competitions and received the highest points in each category, gaining two Gold Medals and One Silver Medal. A fantastic achievement in a very high pressure environment, and one that certainly helps to reinforce and underpin the hotel's spirit and culture of attaining culinary excellence. The highly coveted awards included the categories Irish Fish Competition, Irish Lamb Competition and Mystery Basket Competition.

General Manager, David Hennessy commented "The Catex Awards is highly regarded and respected within the culinary industry. To be recognised in this prestigious competition is a wonderful achievement. It provided external recognition of our culinary success which is important to all of the hotel team and our loyal customer base; it also gives Clontarf Castle Hotel an enhanced profile in a competitive market place."

Clontarf Castle Hotel, proud winner of the AA Rosette for its restaurant Fahrenheit Grill last year, demonstrate continued commitment to culinary excellence and this award showcases the hotel’s passion for excellence within this field. Well done to Gareth and Team.