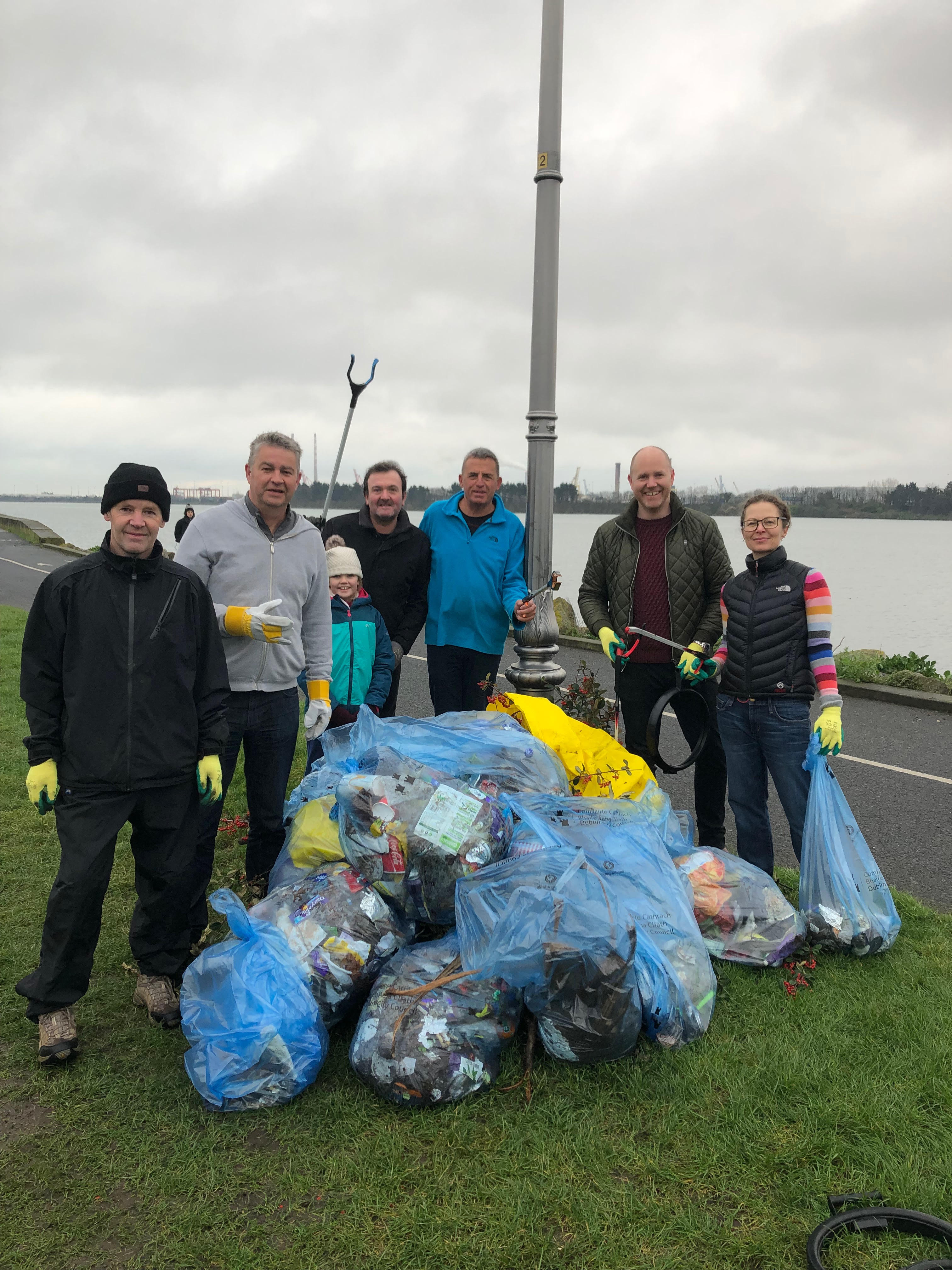 In January, we announced the formation of the Clontarf Action Group, a team of volunteers who have undertaken to tackle some enhancement projects locally. Their first event was a clean up at the Car Park opposite Hollybrook Road (around the yellow sandbags), which took place on Sunday 20th January 2019.

The team who are working under the auspices of the CRA and led by David Doran are committed to doing the job rather than talking about it, so there are no committees or meetings involved.

DCC are supplying the litter pickers, gloves, brushes etc. and will be removing the rubbish collected by the group.  They will also help out with providing equipment and support for any group of residents that want to Adopt a Street or run any other local clean-up event.  We would like to encourage residents to get involved.  Every effort no matter how small will have an impact!

The next Clontarf Action Group cleanup is Sunday 17th February at 10 am at the  Hollybook Road Car Park. If you have an hour free, please head along and join the group. All equipment will be supplied.

We'd also like to thank the Clontarf Action Group who were involved in getting DCC to resurface areas of the Hollybrook Road carpark which had a number of deep potholes.