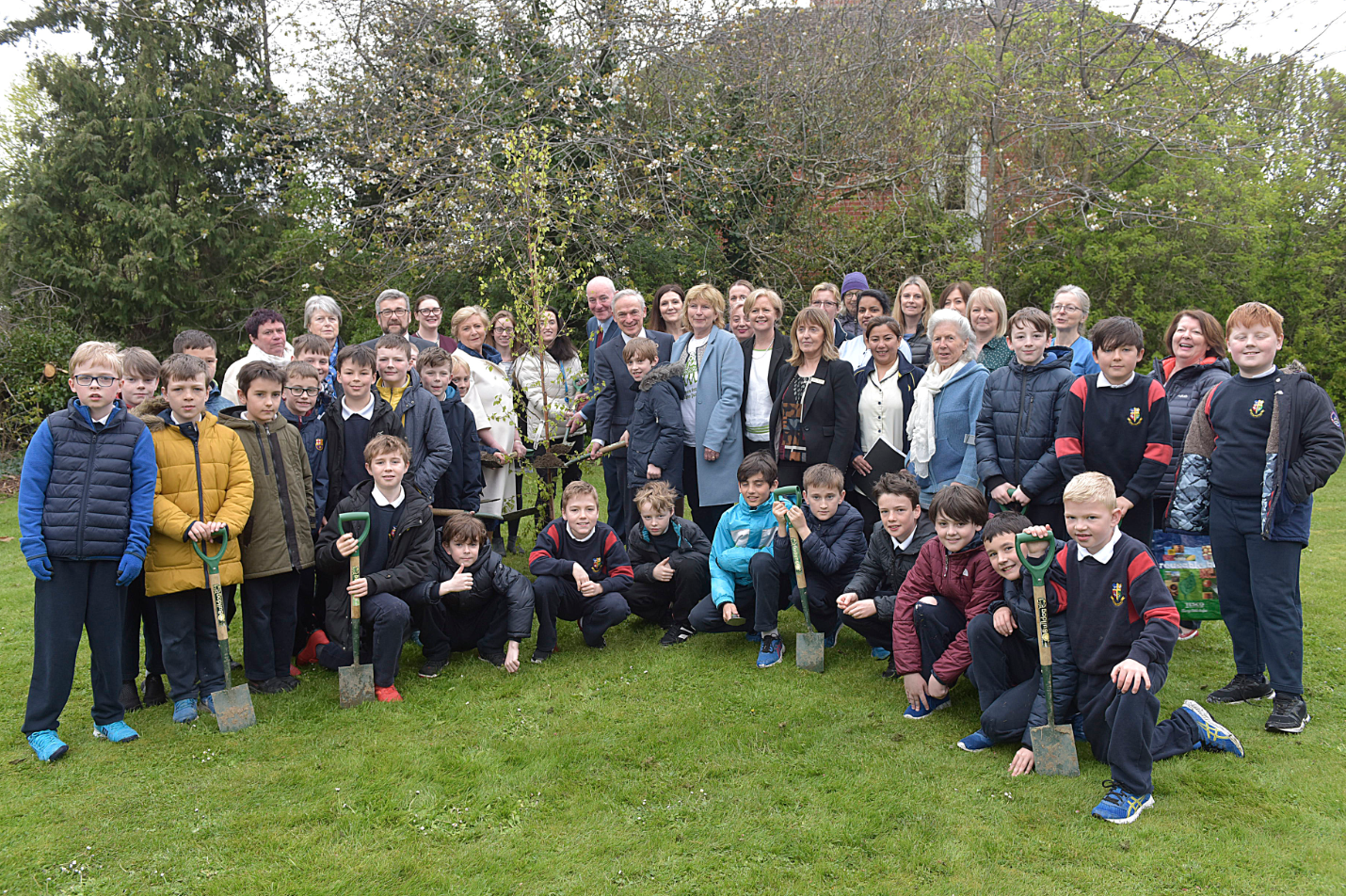 After planting one tree on the grounds of Belgrove, the group of boys walked up to Clontarf Hospital where they planted one tree per child along the hedgerow of the hospital.

Minister Richard Bruton TD said ‘Planting trees absorb carbon. It can play an important role in tackling Climate Disruption in a real and meaningful way. I am delighted to join Easy Treesieand Belgrove National Schools to plant 30 trees in Clontarf Hospital. I would like to congratulate Orla [Easy Treesie Project Leader] on reaching over 14,000 trees planted since our first tree planting back in 2017. They will hopefully still be standing in 30 years time.’

The “Easy Treesie” initiative is organised under the auspices of the charity Crann, founded in 1986 with the aim of “Re-leafing” Ireland. The tree planted in Belgrove Senior Boys' School was the 14,004th tree planted since the project launched in 2017 with the aim to plant 1 million trees total, one for every schoolchild in Ireland.

The initiative is part of the UN-sponsored “Plant-for-the-Planet” programme inspired by the late teacher and Nobel Laureate Wangari Mathai and aims to plant 1 trillion trees globally.

The Community Foundation for Ireland is providing further support to this endeavour. The charity acknowledges the support of Coillte who has donated thousands of native saplings to the project.

Children in over 100 countries have come together to tackle climate change through the symbolic and practical means of planting a tree in their locality.

Further information on the initiative may be found at www.easytreesie.com.