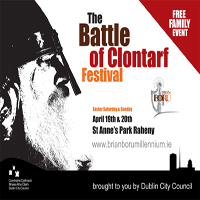 2014 is the Millennium of the Battle of Clontarf and the Death of Brian Boru. As part of a national programme of events to commemorate this millennium, Dublin City Council is delighted to bring you its FREE Battle of Clontarf Festival over the Easter Weekend, (Saturday 19 and Sunday 20 April, 2014).  St. Anne’s Park Raheny will be transformed into a Viking Village.

This once in a lifetime event is expected to attract over 40,000 people to the area. The Festival will take place between 11.00am and 7pm both days and will see more than 300 Vikings descend on St. Anne's Park this Easter weekend. It is set to be the largest ever living history battle re-enactment in Ireland.

The official event listings include (See Event Calendar Below):

Visitors are strongly advised to utilise the public transport systems to access the festival.

The Battle of Clontarf Festival will run from 11:00 - 19:00 each day in St. Anne’s Park, Raheny. On Saturday Dublin Bus routes 29a, 31a, 31b, 32 and 130 will be running services from Abbey Street Lower, which will drop passengers off on Mount Prospect Avenue, a short walking distance to the entrance of St. Anne’s Park, at the Red Stables.

On Sunday Dublin Bus routes 29, 31a, 31b, 32 and 130 will operate including a shuttle bus every 15 minutes from Eden Quay (between 10am-2pm) and from Abbey Street after 2pm. Normal fares will apply.

Dart will be running services with the closest stations to the event including Killester, Harmonstown and Raheny Dart Station on Easter Saturday only. No DART service will run on Sunday April 20th. 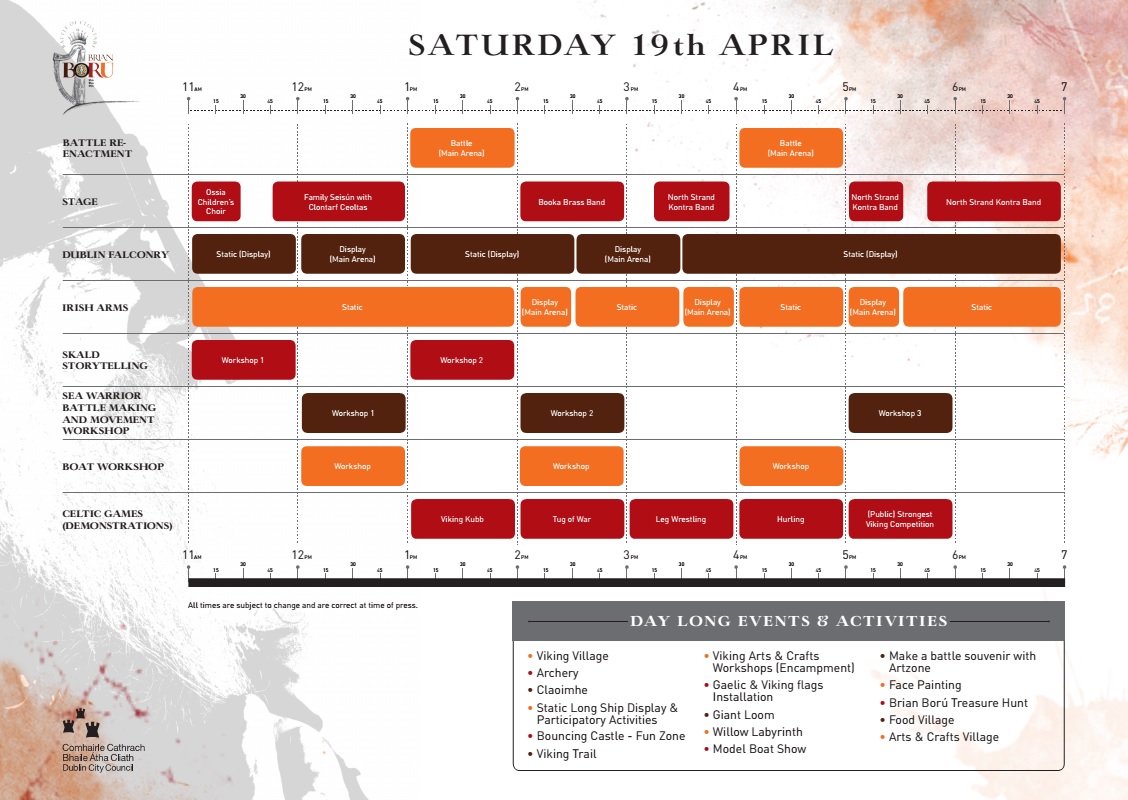 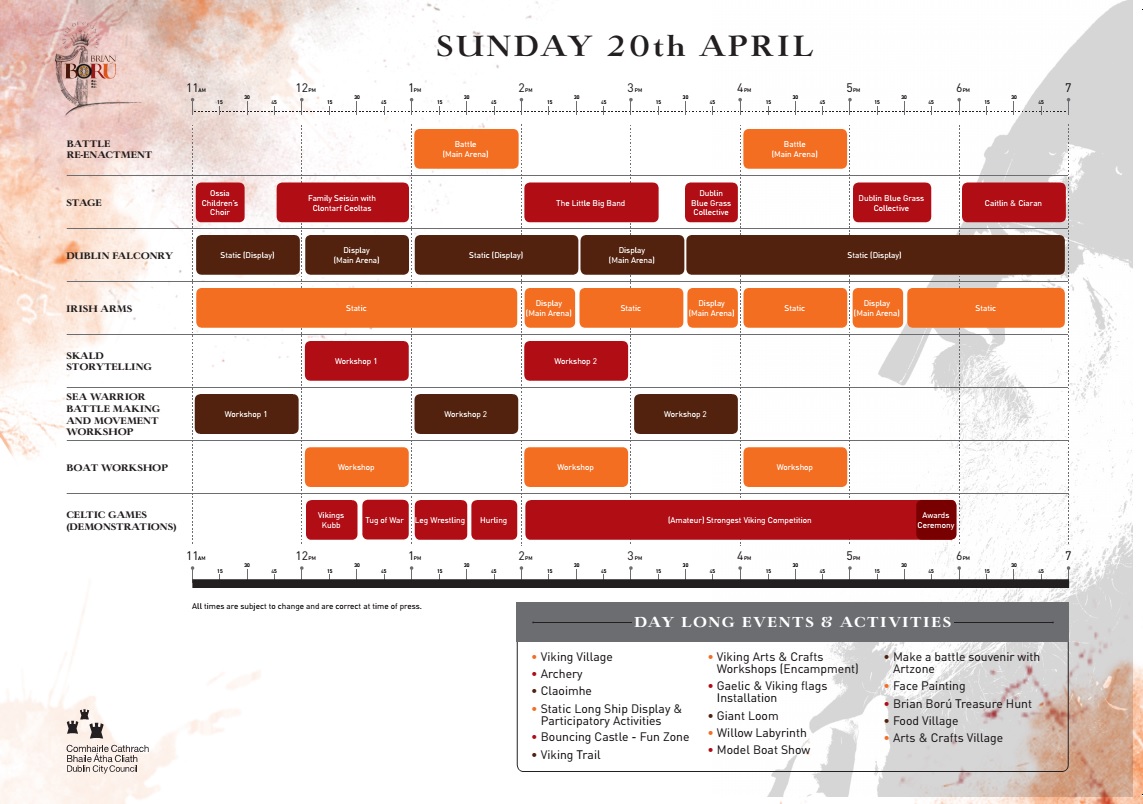 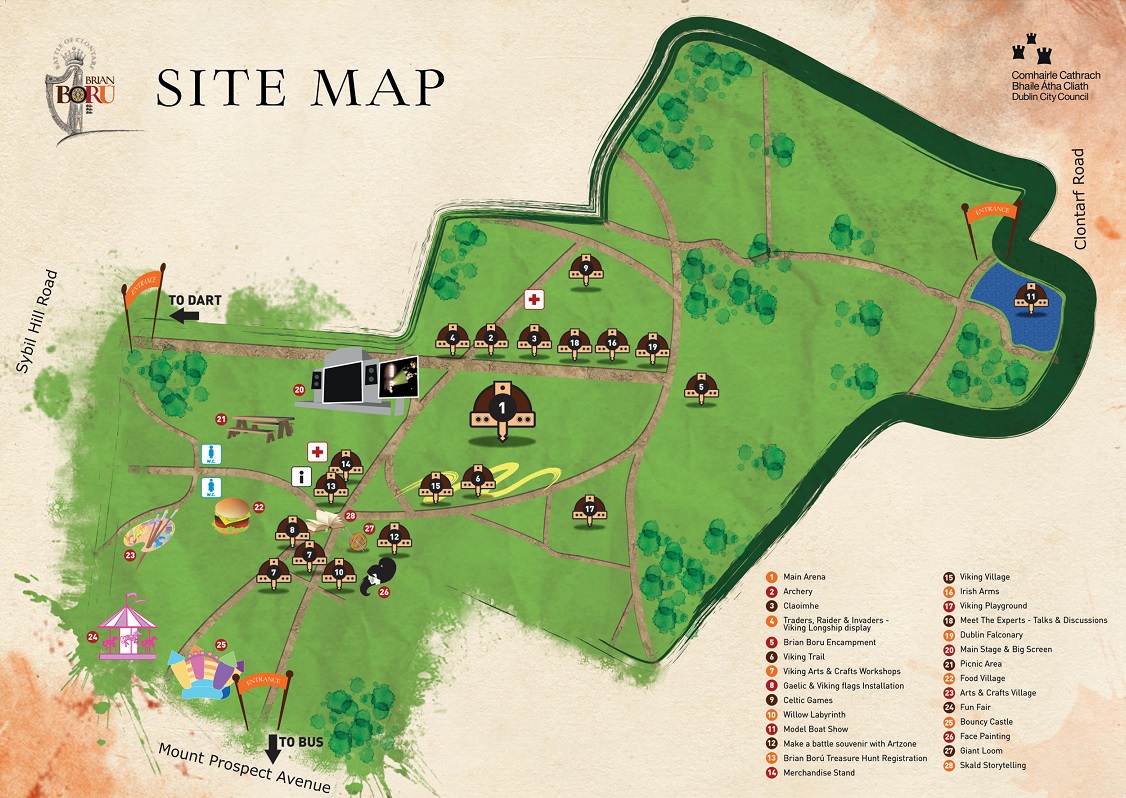