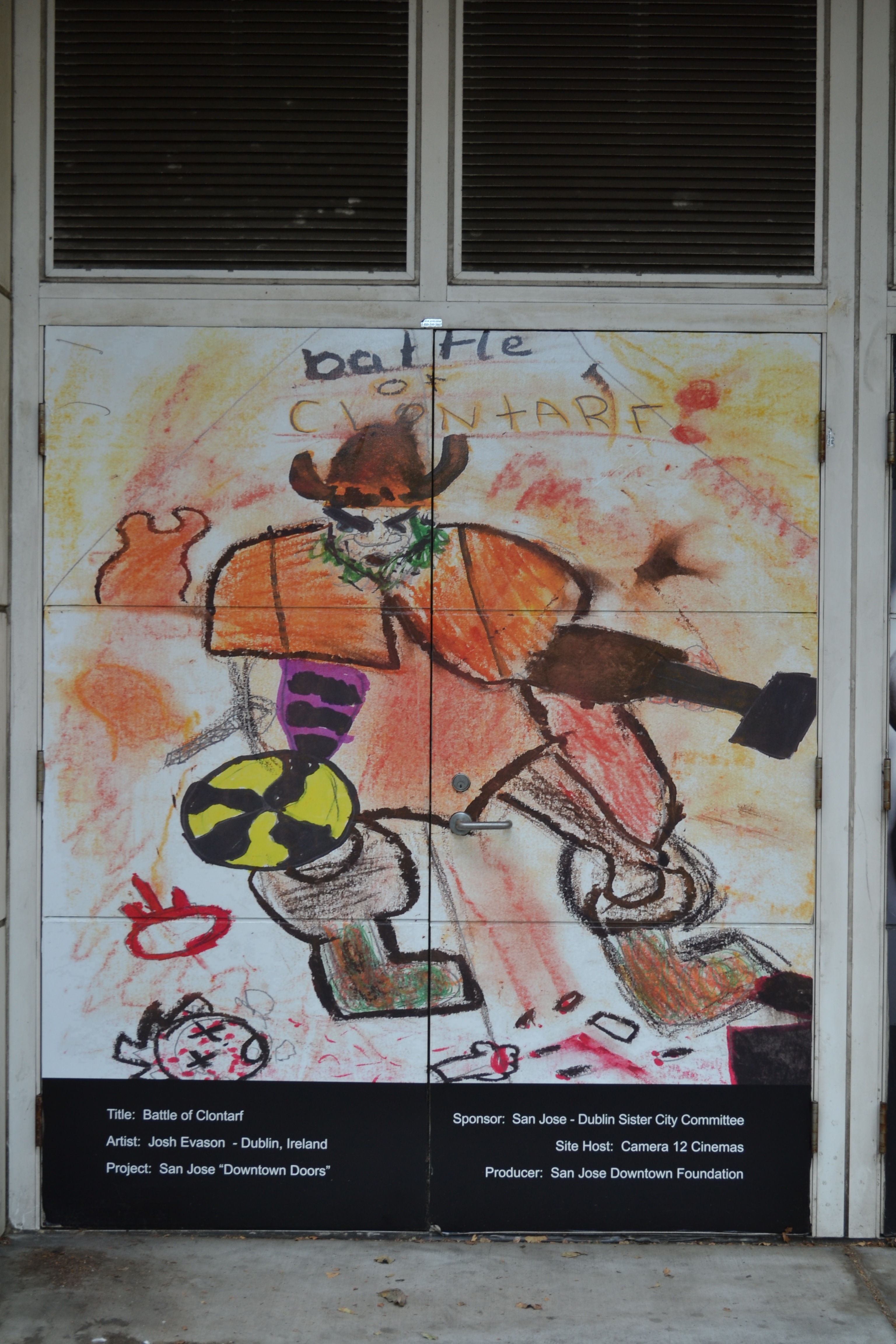 Downtown Doors is a project like no other - an art project that sees young artists from all over the world brighten up downtown San José, California, USA with their exquisite work.

The Downtown Doors student art competition and exhibition expanded internationally in 2014.  The doors of San Jose are now adorned by beautiful artwork by numerous students from San Jose's sister cities in Ireland, Japan, India and Taiwan.

Josh’s entry, entitled ‘Battle of Clontarf’, was inspired by the famous battle that took place in our town 1,000 years ago. His artwork is now on display on First Street, between Paseo de San Antonio and San Carlos Street outside the Camera 12 Cinemas.

Well done to Josh for this fantastic achievement. We’re happy and humbled that the rich history of our community is being promoted on the other side of the world!