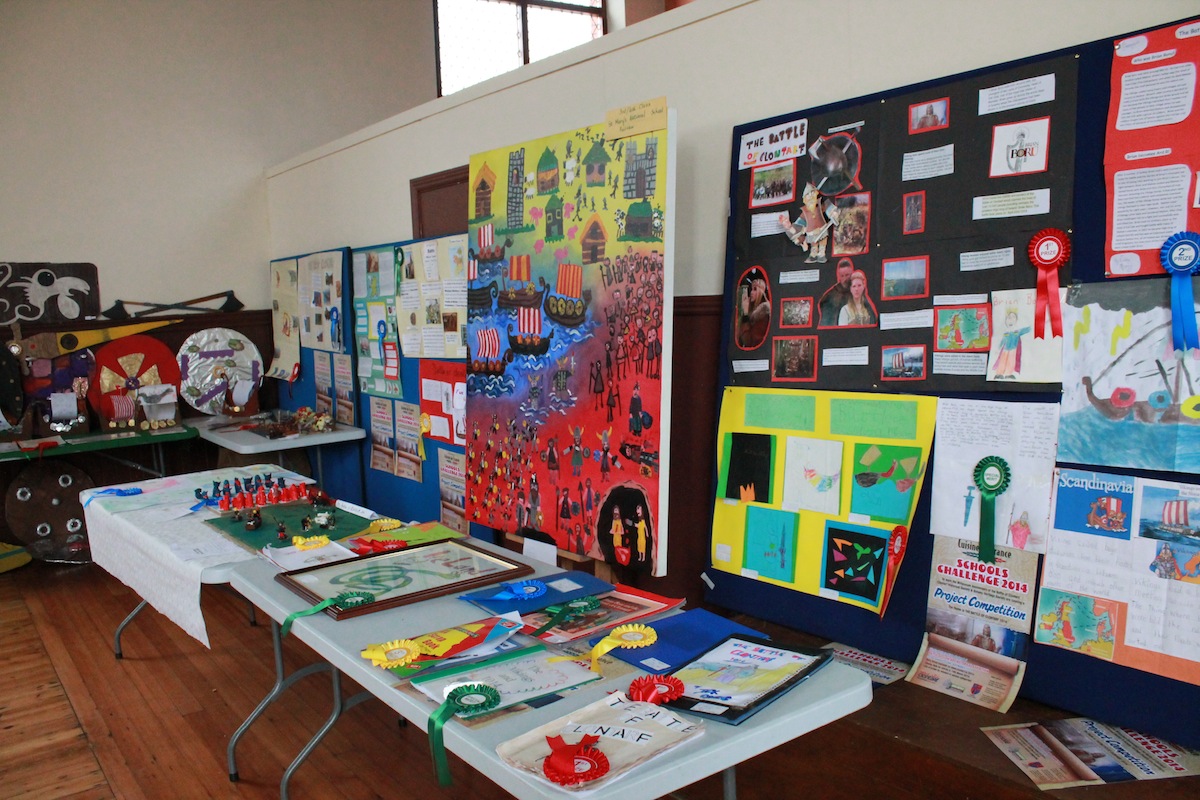 The exhibition features displays and demonstrations by groups from East Wall to Raheny including demonstrations by Ivan the Viking and a vast collection of old photographs from around the area. Of great interest is the changing face of Dublin Bay from the 1650s as seen by a series of maps from the Brown collection.  The winning entries from the Cuisine de France schools project competition depicting the Battle of Clontarf are also on display.

Councillor Naoise Ó Muirí representing Dublin’s Lord Mayor Oisín Quinn formally opened the exhibition saying “It is wonderful to see the enthusiasm and creativity of so many community groups on display here today. It is great that so many community groups can join in the commemorations of the Battle of Clontarf and celebrate and share their local heritage. It is also great to see the creativity and imagination of the young people shine through in this schools project competition” 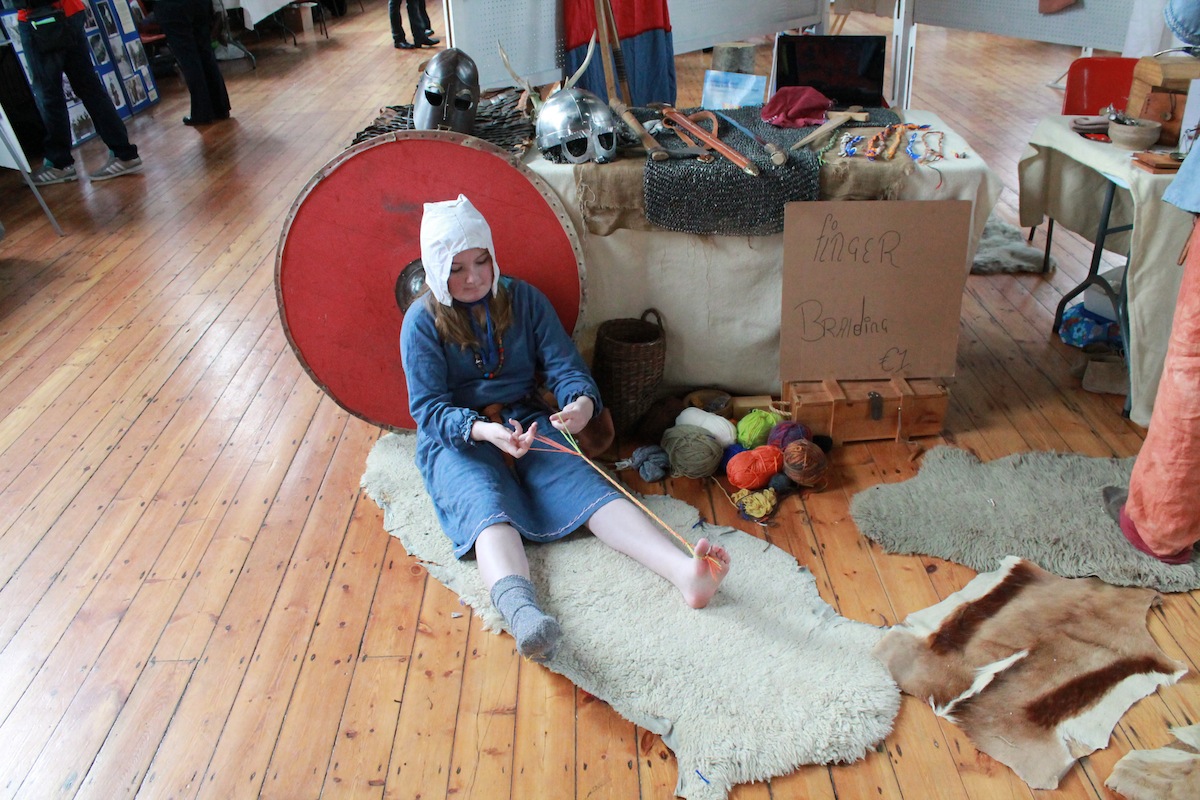 Kay Lonergan, Chairperson of the Clontarf Historical Society welcomed all the groups to Clontarf and explained that this exhibition has been jointly put together by Clontarf Historical Society and Raheny Heritage Society. She also commended the local schools in Dublin 3 and Dublin 5 and further afield who have been working very hard on their Battle of Clontarf Projects and she praised the winning projects on display. She paid special thanks to the sponsor Cuisine de France.

Congratulating the winners, Claire Keane, Brand Communications Manager, Cuisine de France said “Cuisine de France is delighted to be sponsoring this initiative, it’s great to see the great interest in this competition and well done to all that took part and their proud teachers and parents. There was a very high standard of entries as can be seen from the works on display”.

Other highlights include that East Wall Society who built the Millennium Viking Ship in 1988, the history of St Anne's Park and local author Dennis McIntyre will host an extensive display on Bram Stoker and Dracula, Stoker who was born nearby at The Crescent Marino. 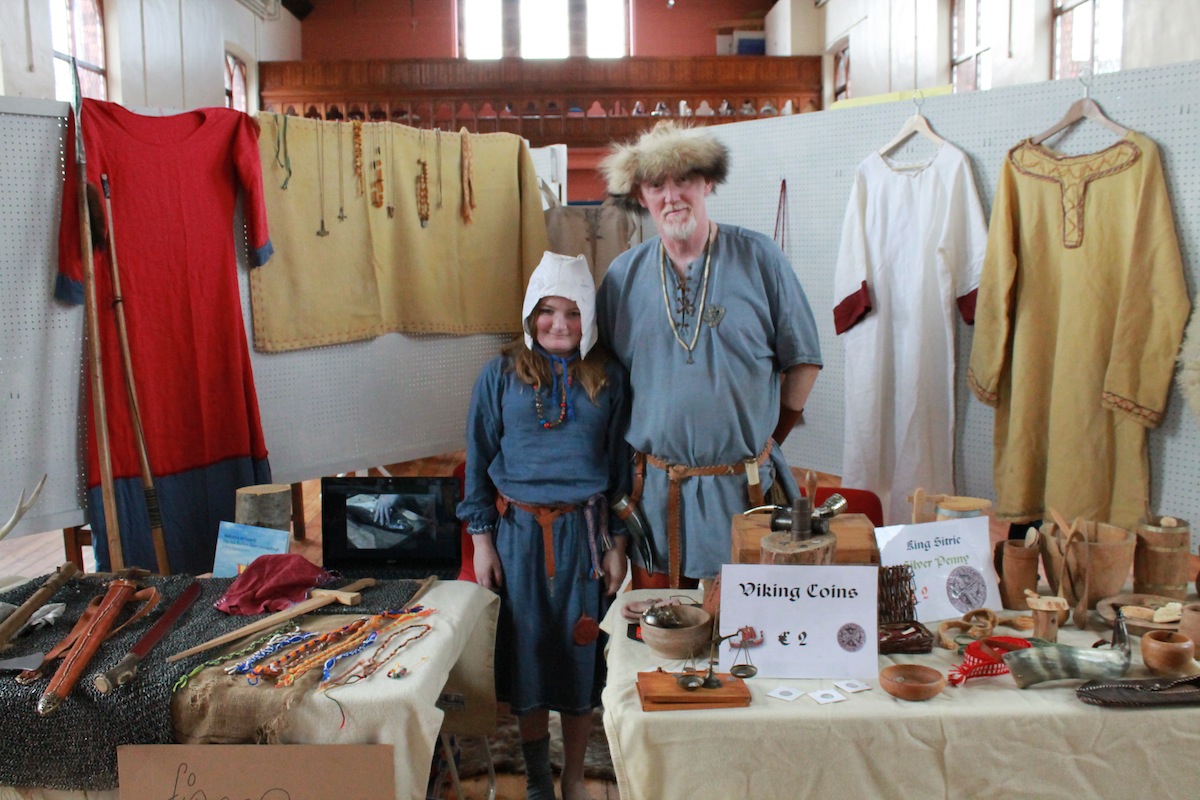 Also present are staff from the nearby architectural treasure, the Casino Marino. The iconic image of the Battle of Clontarf recently returned to Ireland is on display in the Casino at present. This huge oil painting is almost 200 years old and can be seen for free at the Casino thanks to Kildare Partners and the OPW.

St Anthony’s Hall is on the coast road at Clontarf (between Hollybrook Rd and St Laurence’s Rd). About three hundred metres after the Alfie Byrne Rd.

By Car: There is some parking at the rear of the hall and a car park nearby at the promenade.

By Dart: from Clontarf Dart Station it is a 0.5km walk