'Weighing-In' at the Viking Theatre

Almost everyone attempts to diet at some stage in their life. By examining the weight loss industry and how people engage with it, this is a comedy that boasts a lot of heart!

Actresses Isobel Mahon and Rose Henderson shine on stage. Both have had roles in major Irish productions including Glenroe, Father Ted, Fair City and The Clinic.

Pam is the perfect woman. She is slim and trim, and only attends Easi-Slim to make sure that she doesn’t put back on another pound of the weight she has lost. She’s wealthy and determined, living life in the fast lane. Breda is different. She is a mother who longs for Pam’s organised, glamorous life. She is a bit chunkier than she would like to be, despite having dieted for a long time. She aspires to live the kind of life that Pam lives, to achieve her goals and fight the bulge.

Beneath the comedy, however, ‘Weighing-In’ offers some pretty profound life lessons. As the play develops, Breda soon discovers that ‘perfect’ people are often quite complicated beneath the surface, and that copying someone else’s lifestyle won’t truly make you feel fulfilled. It’s a comedy that preaches the importance of being true to yourself and making sure to count your blessings.

"Infectiously enjoyable… a delightful look at the hysteria of the weight-loss industry." Michael Moffatt

"No flab on this weighty drama." Evening Herald

“There are only two cast members on stage. The third is the ‘voice’ of Easi-Slim leader. Remember the choccie-eating nun in Father Ted?! Or you might know her as Val in Fair City. Rose Henderson is amazing as Breda. Her facial expressions throughout were enough to make you roll your eyes and think ‘Oh Jesus - that’s me!’ She plays the culchie-type, country bumpkin, home -loving, hard-working mum who struggles with diets. Her onstage companion is Isobel Mahon. If you’re old enough to remember Glenroe then you’ll remember her as Michelle. If you’re of a younger persuasion you’ll know her as Bernie from ‘The Clinic’. She plays Pam, the high flyer D4-ite who’s moved into town with her hubby Austin and has joined Easi-Slim to ‘maintain’ and is obsessed with diets and exercise. They both play their characters so well and they are both so likeable. You secretly don’t want to admit who you’re most like of the two, and whichever one you are, you KNOW the other type in your class very well!” The Skinny Doll, May 2014 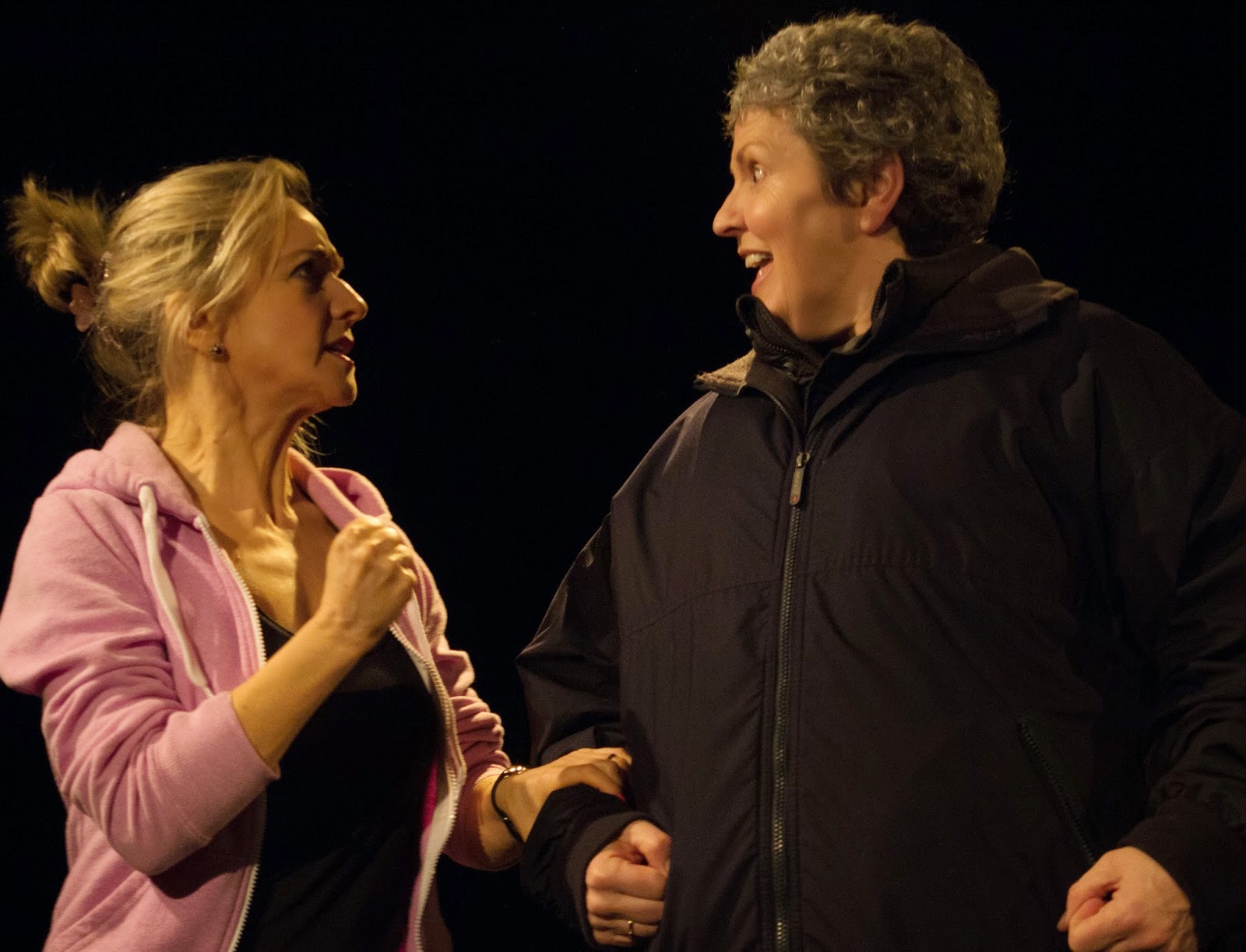