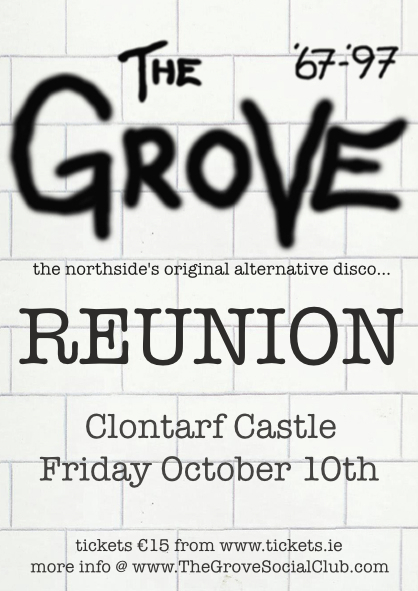 Were you a teenager living in Clontarf and the surrounding areas anytime between 1967 and 1997? If so, chances are you went to The Grove!

We are happy to announce that there will be a Grove reunion taking place in Clontarf Castle on October 10th at 8pm.

This is a reunion of ‘The Grove’ Social Club, which first opened it's doors at The Belgrove Football Club, Clontarf in 1967. After a fire burned the clubhouse to the ground in 1975, Dublin's original alternative disco relocated to St. Paul's College, Raheny where it spent the next 22 years until it's final night in 1997.

Come along for a night like no other, a chance to trip back down memory lane and relive the past. The Grove has come back home!