From the producer of Little Gem, Tuesdays with Morrie, Minding Frankie, Light a Penny Candle comes something completely different...

Dustin The Turkey stars in The Comeback Vehicle alongside Eric Lalor.

Produced by Breda Cashe, written by Eoin Colfer, directed by Viko Nikci with music by Liam Bates, The Comeback Vehicle will run at the Viking Theatre from Tuesday, September 24th to Saturday, October 12th.

Dustin was once the top turkey in showbiz, with a string of number one singles and a hit show on RTE under his wing. But now, years later, Dustin has taken far too many brown envelopes, insulted way too many celebrities and represented one too many countries in the Eurovision, and so he finds himself out of favour with the national broadcaster, deserted by his celebrity friends and Bob Geldof, and on the road with his manager Brady selling dodgy broadband to culchies, and trying every trick in the book to get himself back on TV where he belongs.

Join Dustin and Brady on a comedic, musical and uncomfortably emotional road trip back to where it all began: The Long Mile Road.

Laugh at the same old tired jokes Dustin has been trotting out since his first day on The Den, plus two new ones.

Recoil with horror as he butchers what were once pretty decent songs by award-winning composer Liam Bates.

Cringe when he hangs gifted actor Eric Lalor out to dry by missing multiple cues.

Marvel that he managed to rope in a load of talented people who didn’t really need the money, not that any of them were actually paid.

So, go on you good thing. Get up the yard and down to The Long Mile Road. 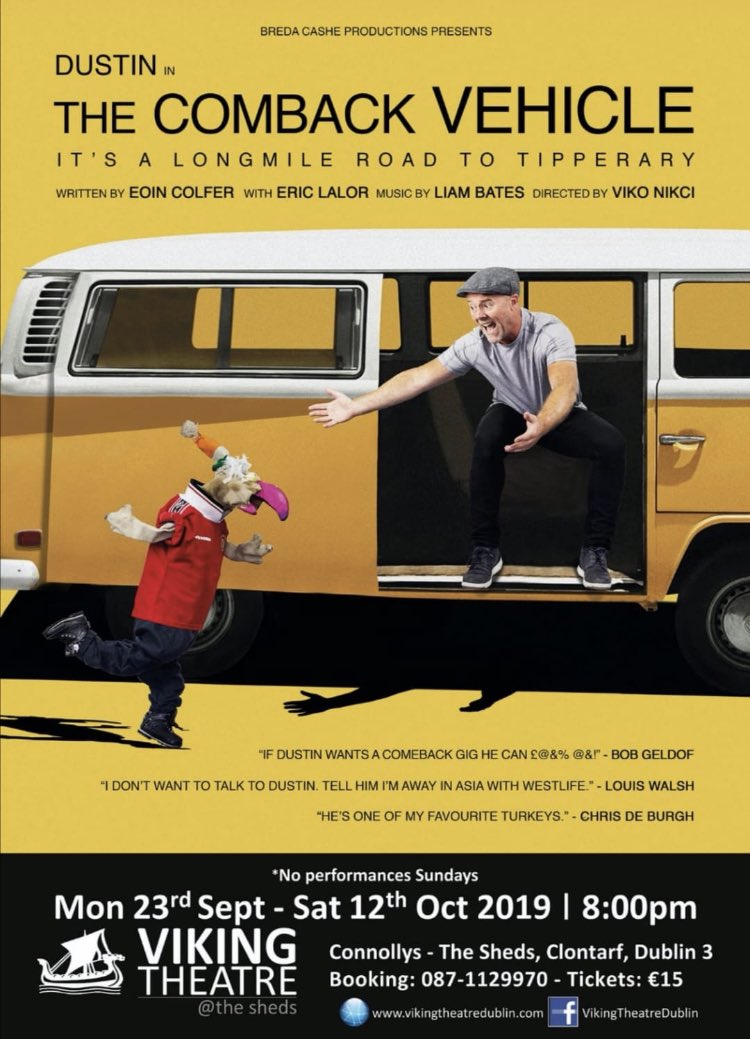