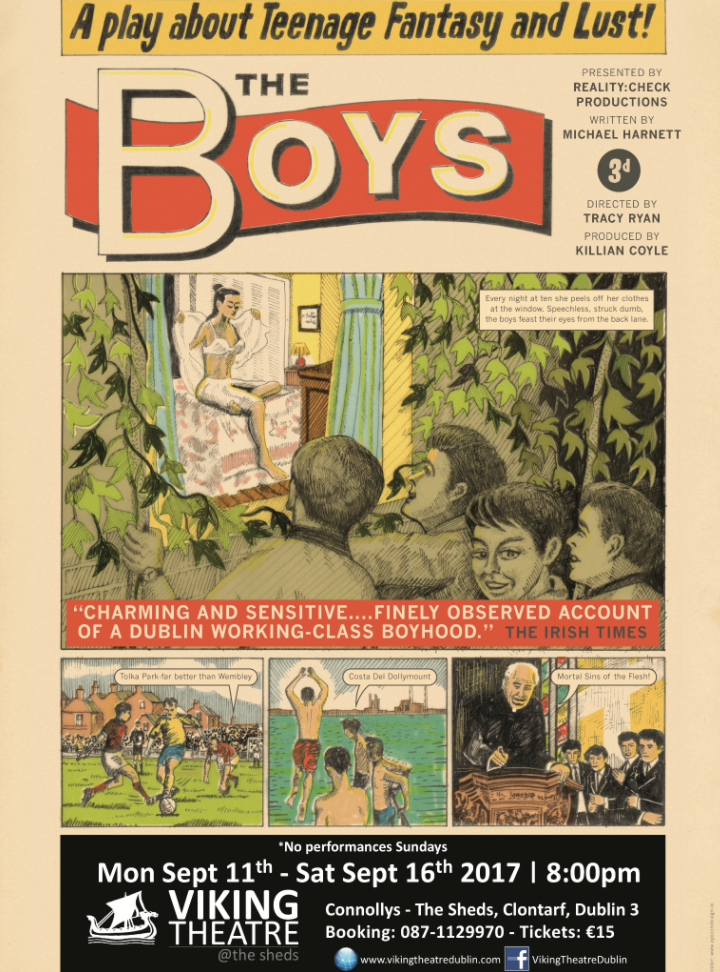 Local author and playwright, Michael Harnett’s play, “THE BOYS”, comes back to the Northside for a run at the Viking Theatre in Clontarf opening on the 11th September.

“THE BOYS”, is an adaption of his acclaimed novel of the same name, and features the lives and exploits of a group of sixteen-year old boys growing up during the sixties in Drumcondra.

Though different in many ways, the boys are very much the same when it comes to their single preoccupation in life, sex. They are besotted with it. Most of their daylight hours are spent thinking about it. Some can handle it well, but others are riddled with guilt, believing that this “un-natural preoccupation”, can only result in damnation.

It’s a play of the time when people had very little materially. It deals with not alone the lives of the boys but also their parents, how some cope with the inevitable scourge of emigration, how others are forced to come to terms with the ultimate parting in life, and death.

The Boys will run at the Viking Theatre Clontarf from Monday 11th - Saturday 16th September, beginning at 8pm each night. Tickets are €15 and can be reserved by phoning 087 112 9970