March Away My Brothers at the Viking Theatre 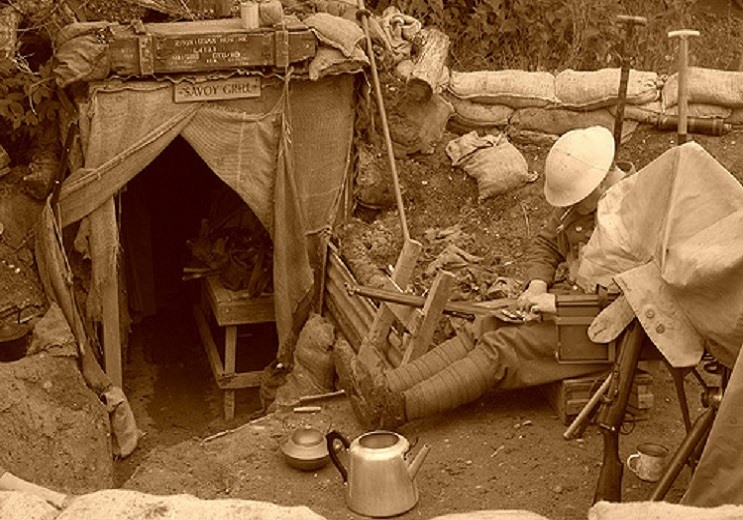 Written and performed by Brendan MacQuaile

‘What a great show, we enjoyed ourselves immensely’… Joe Duffy, RTE.

‘Our Members sang along and enjoyed every note’… Des Byrne, Dublin Fusiliers Assoc.

‘March Away My Brothers’ is a one man show, adapted from the book of the same name by Brendan MacQuaile. It follows the journey of a young Irish lad, Lawrence Kelly, from Bridgefoot Street in Dublin’s Liberties to the Christmas Truce in 1914, somewhere near the Messines ridge in Flanders where many Irish fought and died during the course of this terrible conflagration. But Larry’s story is not one of hell and damnation, let’s face it, he is already dead, blown to bits at the now infamous Passchendaele and remembered only as an inscription on the Menin Gate. Larry looks back with the excitement of the early call to arms still palpable, the Guinness Pals brigade forming after Kitcheners call to arms and the sheer chaos and melee of new troops arriving in France, gung ho, ready to serve the crown, and do their bit before it was ‘Over by Christmas’.

Many of the popular songs of the time are included as an integral part of this fascinating tale. Songs such as ‘It’s a Long Way to Tipperary’ and’ There’s a Long Long Trail a’ Winding’ were popular hits for singers such as John McCormack and Stanley Kirby during the war years, and they are sung with gusto in this performance. Some modern reflections in song are also included. And finally to the Christmas truce, an impromptu meeting of soldiers from both sides, on a bitter cold Christmas Eve in an area known as ‘no man’s land’. Shared cigarettes and photos. Shared experiences that revealed similarities between the troops, similarities that the top brass would rather keep hidden…