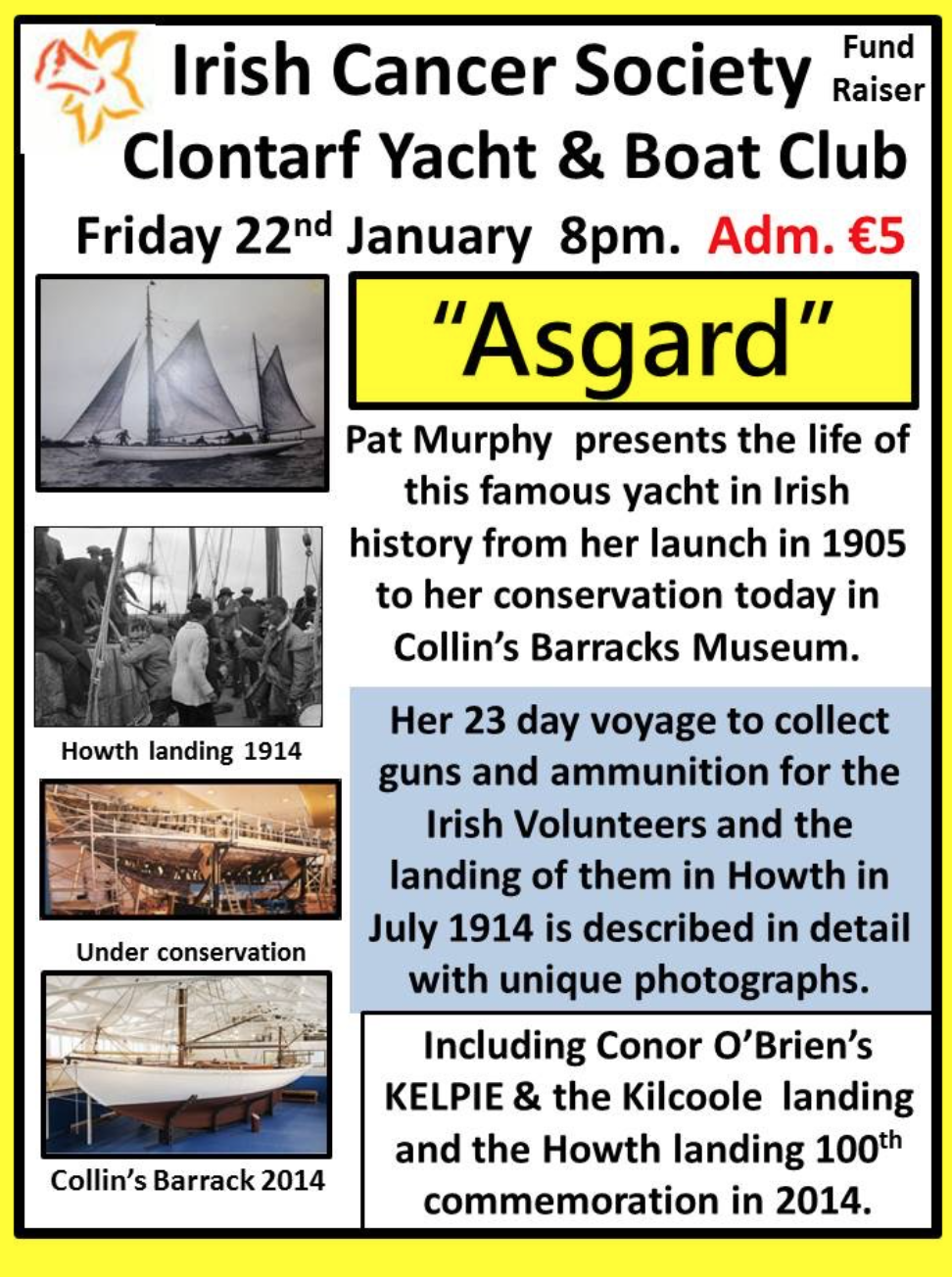 Following the death of Olivia Murphy, lifelong member of CY&BC, the club will host a fundraising night on Friday 22nd January at 8 pm, to raise money for the Irish Cancer Society.

The event will include a talk by Pat Murphy on the history of the famous Asgard, entitled; 1914 gun-runner on the Road to the Rising and beyond.

The talk outlines the part played by Erskine and Molly Childers yacht ASGARD in landing the arms and ammunition for the Irish Volunteers in Howth in July 1914 and a week later the second part of the consignment being landed on the beach at Kilcoole in Co. Wicklow via Conor O’Brien’s yacht Kelpie, Sir Thomas Myles yacht Chotah and the McLoughlin’s boat Nugget from Howth.

This is an illustrated lecture and so will include unique pictures, descriptions and transcripts to help illustrate the events which are considered to have played a major part in preparing the beginning of the Road to the Rising.

In addition to this, Pat will cover a complete history of the famous Asgard!

Admission to this event is €5 (or more if you’d like to donate) and the lecture will be followed by music from Paul Mooney and friends.