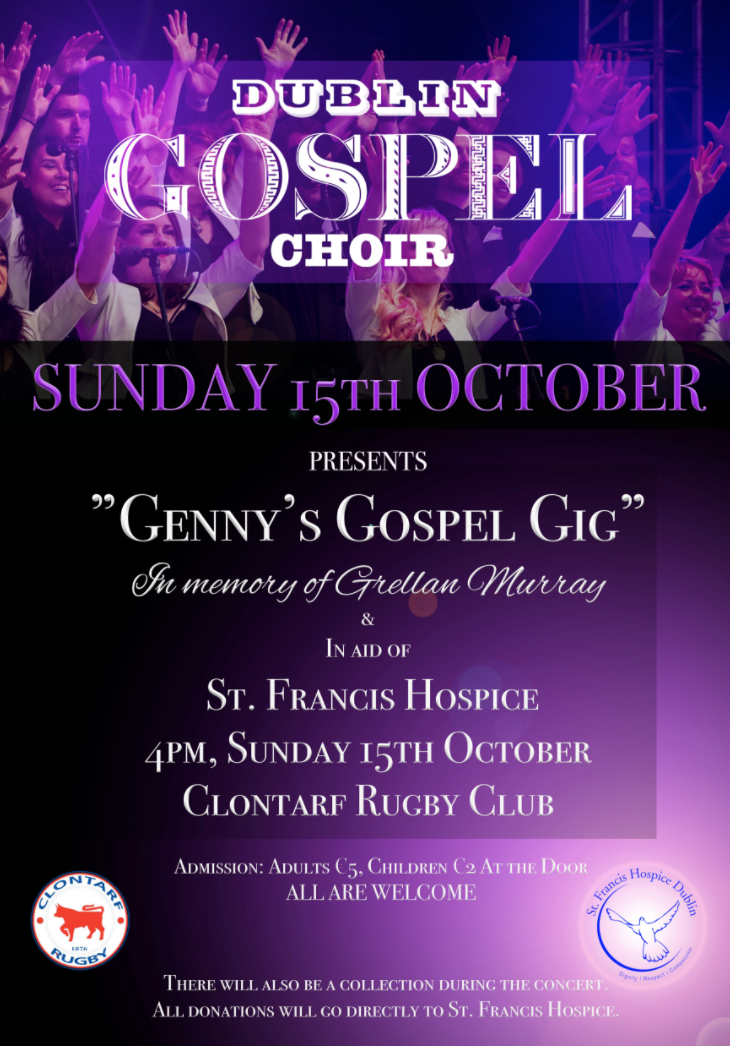 Dublin Gospel Choir presents "Genny's Gospel Gig" in memory of local man Grellan Murray who passed away in October 2016 after a long, brave battle with cancer.

This concert is in aid of St Francis Hospice, where Grellan was cared for exceptionally during his last months.

Last year, a similar fundraising concert raised just under €8,000 for the Hospice, which was the last time many of Grellan's friends got to see him so it only makes sense to hold the concert in his memory.

The concert takes place on Sunday 15th of October at Clontarf Rugby Club kicking off at 4 pm.

Tickets will be on the door only, €5 adults and €2 for children (under 12) and a collection during the concert also for SFH. ALL proceeds and donations will go directly to St Francis Hospice.

This is a fantastic opportunity to raise money for a fantastic, local institution which is dear to many, as well as enjoy music by the acclaimed Dublin Gospel Choir so be sure to head along!