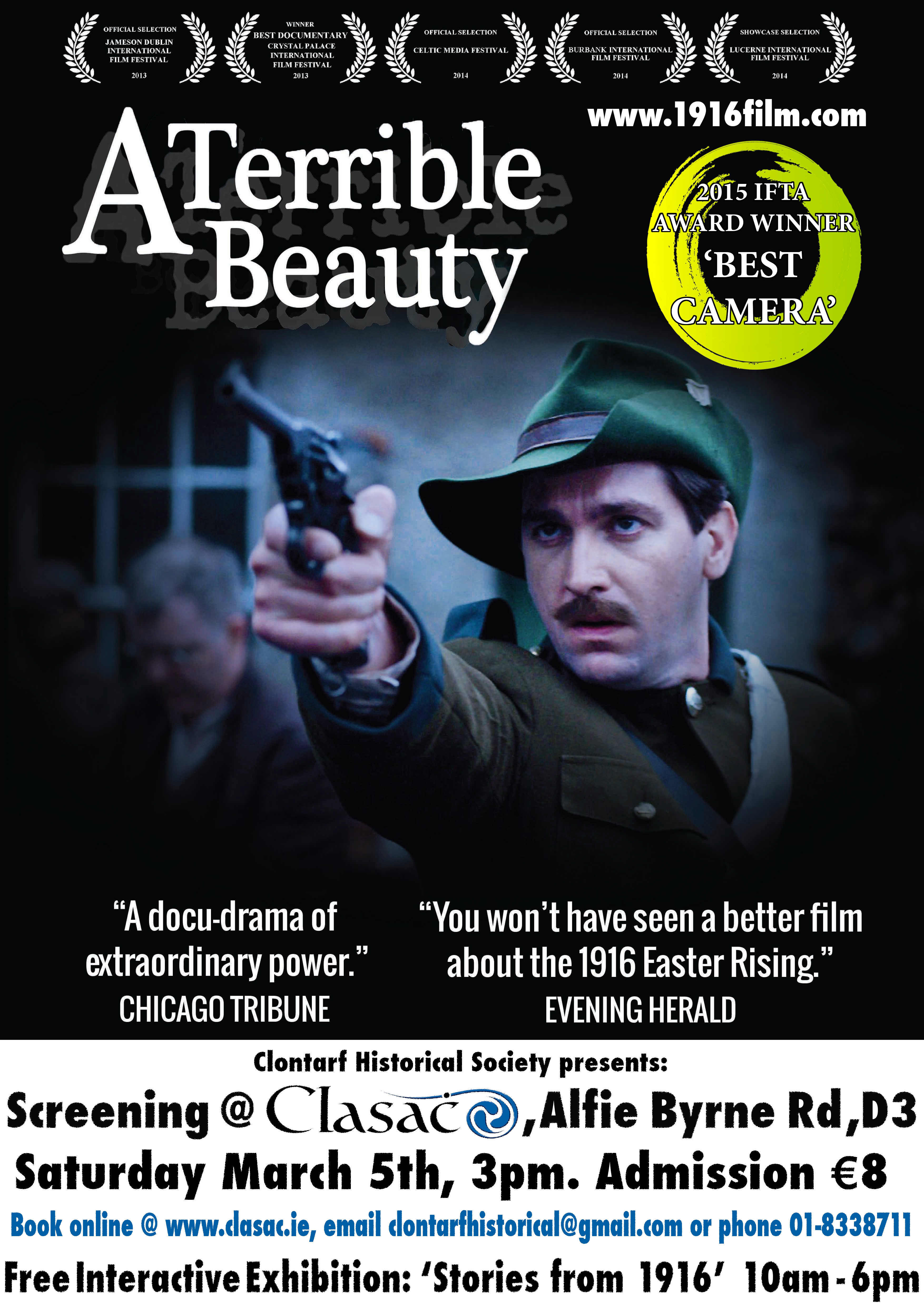 On Saturday the 5th of March, Clontarf Historical Society will present a day of commemoration of the 1916 Easter Rising at An Clasac, located on the Alfie Byrne Road in Clontarf. At 3pm, the award winning 1916 film A Terrible Beauty will be screening in the beautiful 340 seat theatre and from 10am to 6pm they will host the interactive Stories from 1916 exhibition.

A Terrible Beauty is a feature length docudrama that offers a fresh approach to the story of the 1916 Easter Rising. This is the first film to tell the story from three different perspectives, showing the human cost of the fighting on all sides. Using the postwar writings of men and women who were there to drive the narrative, it tells the little-known stories of the ordinary people involved in the Rising; Irish Volunteers, British soldiers and the innocent civilians caught in the middle. It focuses on the two most ferocious battles that took place during Easter week, the battles of Mount Street Bridge and North King Street, culminating in the massacre of fifteen young men and boys.

By mixing dramatic battle reconstructions with archive footage and first-hand accounts, it takes the viewer on a journey to the very heart of the conflict, giving them an up close and personal view of the often brutal and bloody fight which affected the men and women caught up in the chaos.

Stories from 1916 is a not for profit 'living history' project that grew out of the film A Terrible Beauty. It aims to shed light on more of the fascinating stories of 'ordinary' people involved in the Rising, that have never had their voices heard or their stories told. There are vast numbers of little known individual accounts of men and women who did extraordinary things during Easter week 1916 and a wealth of previously unseen archive material held by their living descendants. By engaging with relatives and presenting photographs, video, audio and text the Stories from 1916 team brings to life these previously unknown tales.

Admission for A Terrible Beauty is €8 and and can be purchased in advance from www.clasac.ie, by emailing clontarfhistorical@gmail.com or phone 01-8338711. The Stories from 1916 exhibition is free of charge and runs all day from 10am to 6pm.